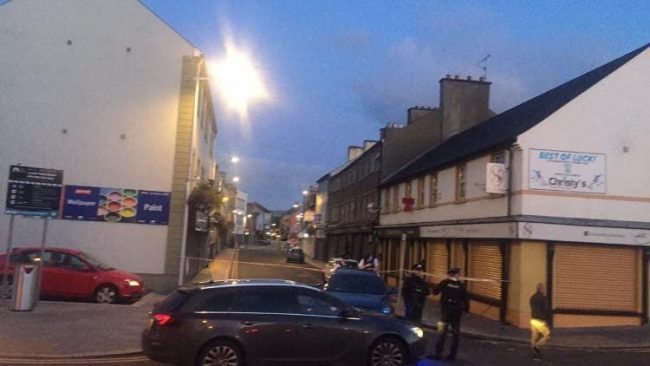 Police cordoned off part of Strabane town centre this evening after a suspicious object was found. It turned out to be an abandoned bag

THE security alert in Strabane has now ended.

As a result police evacuated a number of shops, bars and restaurants for safety reasons.

Following an examination, the object turned out to be an abandoned school bag which has now been reclaimed.

Police have now reopened the area to traffic and pedestrians.