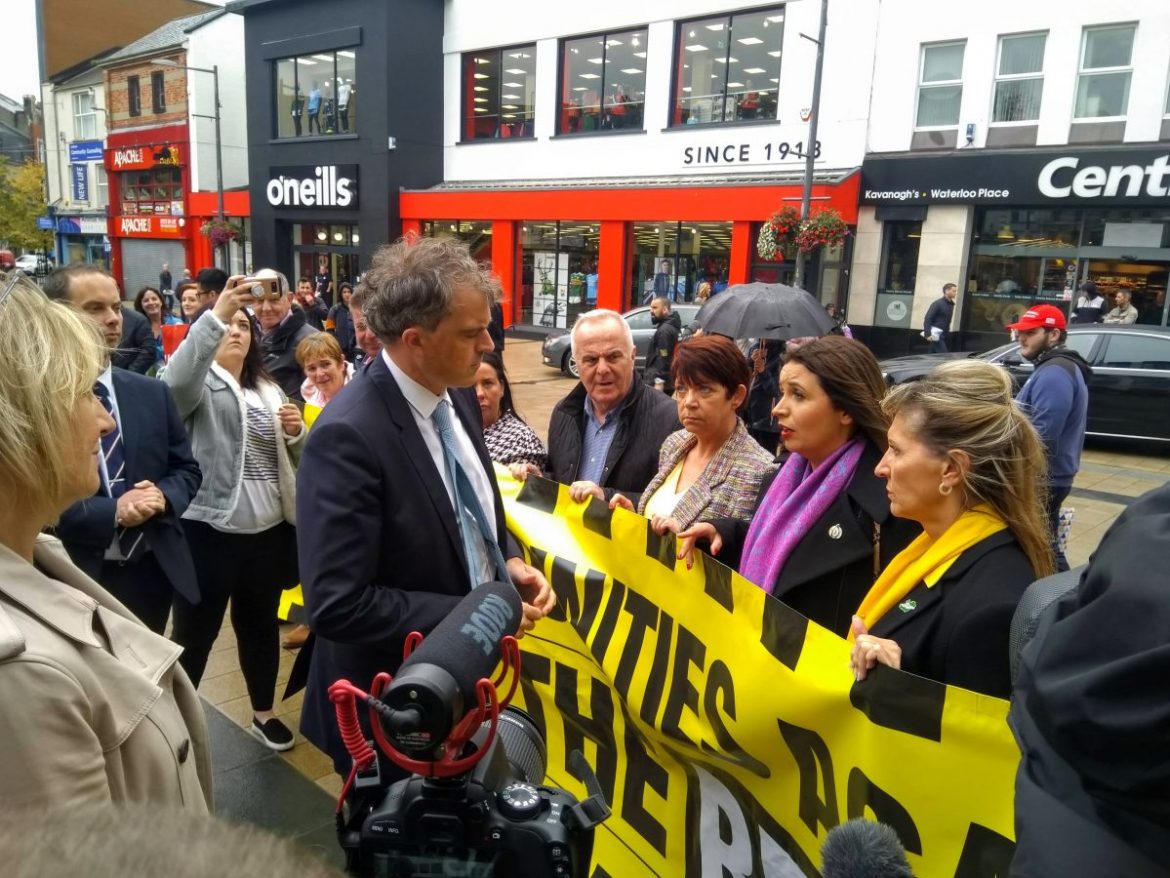 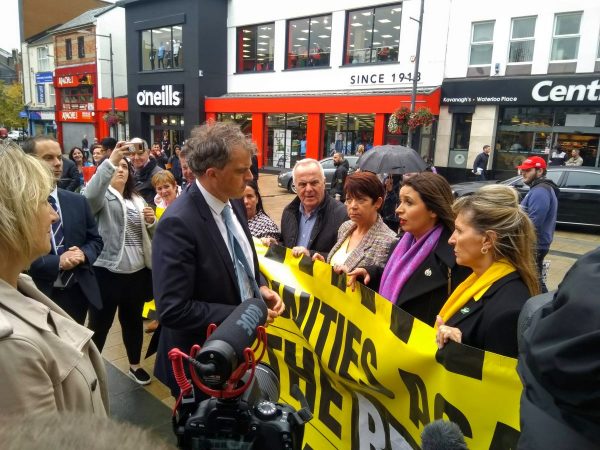 THE British Secretary of state Julian Smith heard durin a visit today that there cannot be any hardening of the border as a result of Brexit, Sinn Féin’s Elisha McCallion has said.

Speaking after Julian Smith met political and civic leaders in the city, the Foyle MP said: “Today the British government’s secretary of state for the north, Julian Smith, heard loud and clear in Derry that people will not tolerate any hardening of the border on the island of Ireland as a result of Brexit.

“Ahead of the meeting with political and civic leaders I joined protestors from the Irish language sector, the LGBT community and survivors of victims of historical institutional abuse, as well as members of Border Communities Against Brexit and others to make our views clear to Julian Smith.

“He was left in no doubt that we will not tolerate having the Good Friday Agreement and our rights undermined by Brexit and that the backstop must be maintained.

“I also made him aware of the growing demand for a referendum on Irish unity in line with the provision in the Good Friday Agreement so that people here can have their own say on their future in the face of his government’s reckless Brexit agenda.”

McCallion tells Julian Smith there can be ‘no hardening of the border’ was last modified: September 12th, 2019 by John