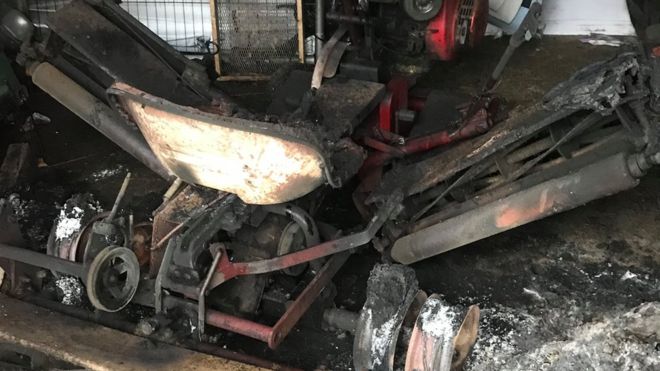 THE future of a 155-year-old cricket club that hosted Ireland’s famous victory over the West Indies is now in doubt after an arson attack by mindless thugs.

Extensive damage has been caused at Sion Mills Cricket Club after vandals broke into an equipment store and set it on fire.

Lawnmowers and other machinery used to maintain the cricket ground were destroyed in the overnight blaze.

The club captain has said they may not be able to afford the repair bill.

Club Secretary Simon Galloway said: “It could be a final nail in the coffin for Sion Mills Cricket Club after 155 years.”

He blamed “young hoods” for the attack, saying that there had been a long-standing problem with vandalism and arson in Sion Mills.

The cricket ground is located next to the former Herdman’s Mill site, a derelict linen mill which has been targeted repeatedly by arsonists.

Speaking to BBC News NI, Mr Galloway said his club has also been vandalised in the past but “nothing on this scale”. 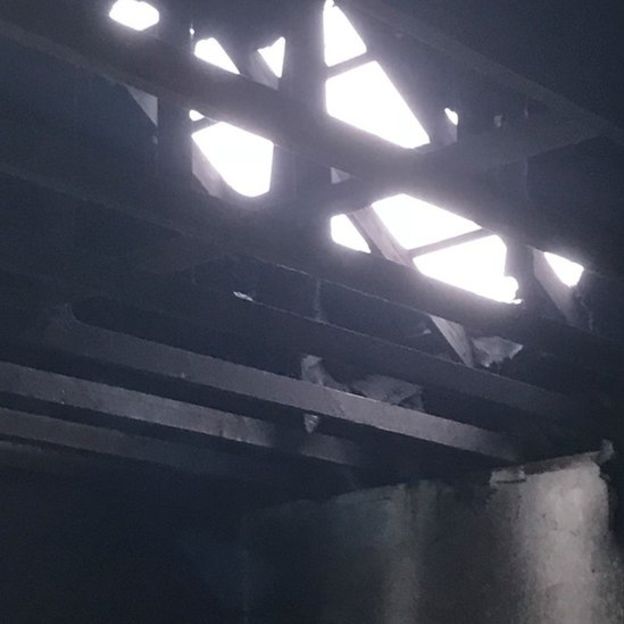 Intruders used a ladder to get into to the outbuilding where the club’s equipment is stored, entering the shed through a hole in the roof.

It contained ride-on lawnmowers, manual lawnmowers, a grass roller, strimmers and other groundskeeping equipment, most of which were badly burned.

Mr Galloway said the bill to replace the items could run into thousands of pounds and the club does not have the money.

“We struggle financially from year to year, even under normal circumstances,” he said.

The small amateur club has about 30 members and depends on the sponsorship of local businesses just to break even.

The captain said many organisations had contacted the club to express support after the fire but he added they will need financial help to survive.

The attack happened just weeks after the 50th anniversary of the most significant match to be played at the Sion Mills ground. 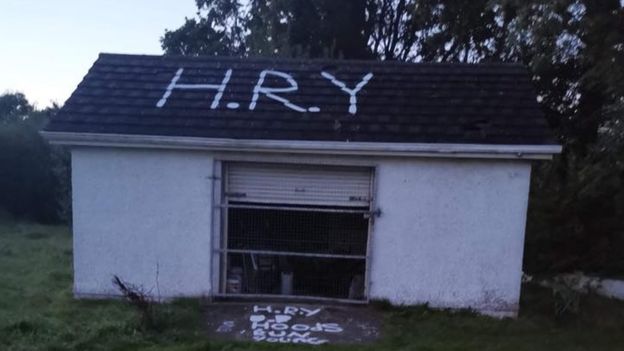 In July 1969, the Irish national team bowled the West Indies out for 25 at the County Tyrone club.

As well as starting the fire, intruders also daubed graffiti on the roof and base of the shed, writing the words: “Hoods Run Young.”

Mr Galloway said he had no idea what the phrase meant but he guessed it may refer to some kind of gang.

Police visited the scene of the attack on Tuesday morning and said they were investigating “a fire and criminal damage”.

Sgt Niamh McDermott said officers received a report of the fire at about 09:40 BST and attended the scene, where “it was observed that graffiti had been sprayed on the premises”.

The police have appealed for anyone with information to contact them on the 101 number.