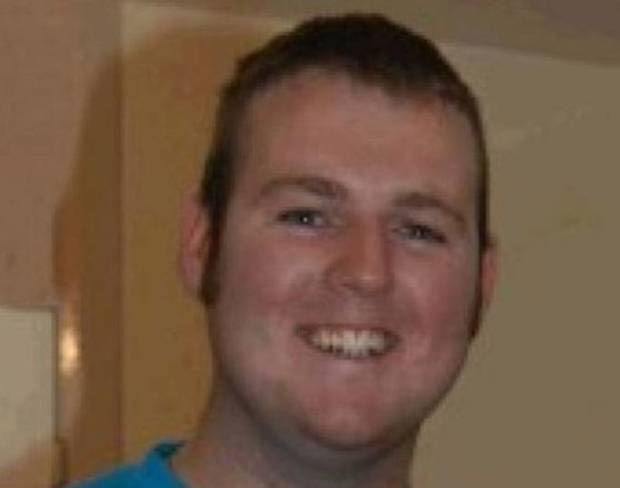 Woman tells how she tried desperately to save slain boyfriend

The heartbroken girlfriend of a man who was shot dead at their Co Donegal home has told how she tried desperately to save his life.

Andrew Allen died within seconds after a gunman shot three times into the bedroom of the couple’s home at Buncrana in February 2012.

Mr Allen, aged 24, had been in bed around 9.30pm with partner Arelene Farrelly when the lone gunman called to the house at 26 Links View Park.

Ms Farrelly told how herself and Mr Allen were tucked up in bed on the evening of February 9th, he was on his Playstation and she was on her phone while also watching television.

In a statement to Donegal Coroner’s Court held at Buncrana Courthouse, Ms Farrelly, who was not present in court, told how she initially heard loud bangs at the front door of the house.

She peeked out the curtains and saw a man dressed in a black baseball cap and dark clothing kicking at the door and holding what looked like a sawn-off shotgun in his hand. 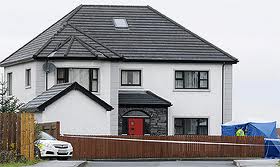 The scene of the murder of Andrew Allen in Buncrana in 2012.

She told Mr Allen and he told her to call the Gardai as he struggled to get some clothing on.

Seconds later three shots were fired through the bedroom window and Mr Allen slumped to the bedroom floor.

Ms Farrelly’s statement read “He said “Arlene, I can’t feel my legs”. The blood was pumping out of him. It was coming out of his nose and his mouth. I tried to turn him in the bed but he was too heavy. He slid down, …I rang an ambulance.”

Ms Farrelly ran to a neighbour’s home to get help and Mr Daniel McGonagle rushed to the scene.

He said he could not do CPR but Ms Farrelly tried a number of times but Mr Allen did not respond.

She eventually stopped and realised that her partner was dead.

Mr McGonagle added that Mr Allen, whom he did not know personally, was turning blue and that his mouth was full of blood. He remarked to another neighbour who arrived in the house – “I think he’s as dead as a Dodo.”

He revealed earlier how he had heard gunshots and came out of his house to see a grey or silver-coloured car leaving the scene.

He recalled thinking he had seen the same car on the state a few days earlier and remarking that he was parked in a strange manner. 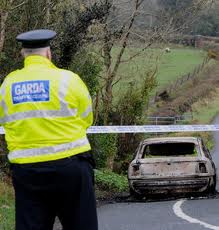 In her statement, Ms Farrelly revealed how her partner’s name had been on a list of six people sent in an envelope accompanied by a bullet to the Family Centre in Gobnascale in Derry a few weeks earlier.

He stayed most of the time in Buncrana after that.

However, she added that his family had been telephoned later to say the threat had been lifted and he was no longer on the list.

She added: “I know he (Andrew) was involved in drugs years ago but he had no involvement while he was with me.”

Dr Stephen McNally, who was based at the Nowdoc Service in Carndonagh on the night of the killing, arrived at the scene and officially pronounced Mr Allen dead.

Her report was read into the court by coroner Dr Denis McCauley.

He said Mr Allen had been shot three times – in the right shoulder, the right hip and in the abdomen.

She found that Mr Allen died from a gunshot wound to the heart.

Garda Detective Inspector Pat O’Donnell said he was assigned as the chief investigating officer in the case.

He said that hundreds of lines of enquiry have been followed and hundreds of people interviewed.

He added: “It is my professional opinion that Andrew Allen died as a result of an unlawful killing.”

He later appealed to anybody with any information on the murder to come forward and to speak to the Gardai in confidence.

The jury of five men and two men only took a short time to agree unanimously that Mr Allen died as a result fo a gunshot wound to the heart and that his death was as a result of an unlawful killing.

Coroner Dr McCauley expressed his sympathy to the members of the Allen family present in court as did Garda Inspector David Durkin and members of the jury.

The Allen family declined to make a comment after the inquest.

Woman tells how she tried desperately to save slain boyfriend was last modified: September 11th, 2019 by stephen
ShareTweet