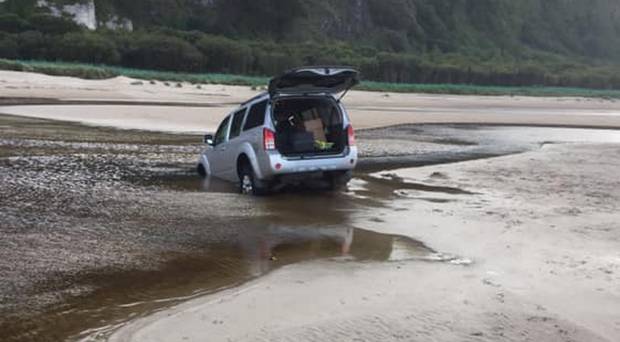 THE Coastguard had to deploy its rescue team after a car got stuck in the mud at a beach.

Coleraine Coastguard officers were called to a report of people trapped inside a car along with a dog.

“Thankfully, upon arrival the occupants and their dog were out of the car safe and sound,” a spokesperson said.

“The vehicle has since been recovered.”

‘Call the Coastguard’ as car gets stuck in sand on Benone beach was last modified: September 11th, 2019 by John