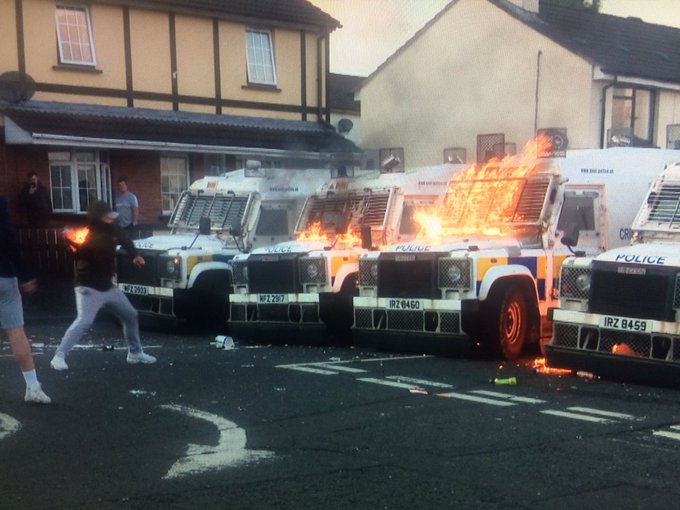 A BOMB found in Derry was an attempt by the New IRA dissident republican group to murder police officers, the PSNI has said.

The bomb was found after up to 80 police officers took part in a security search targeting the New IRA on Monday.

Fifteen families had to leave their homes after the discovery of the device in Creggan Heights, but they have since returned home after it was made safe.

Police said the bomb “would have killed or maimed anyone near it”.

More than 40 petrol bombs and other missiles were thrown at police during the security search.

Police said a crowd of between 60 and 100 young people confronted officers and at least two of the young people suffered burn injuries when they tried to attack the police cordon with petrol bombs.

No police officers were injured.

It was made safe by Army bomb disposal experts.

“A clearance operation was commenced with a number of families being asked to leave their homes for their own safety.

“During the operation a crowd of 60-100 persons gathered, some of whom attacked police vehicles with missiles and over 40 petrol bombs.

“Police believe at least two young people sustained burn injuries when they tried to use petrol bombs to attack the police cordon.

“No police officers were injured.

“We assess that this device was to be used against a police patrol in the Creggan area of the city.

“It is our assessment that the New IRA is responsible for this bomb.

“The bomb would have killed or maimed anyone near it when it detonated.

“Whilst it is the clear intention of the New IRA to murder community police officers trying to keep the community in Derry safe, it is also very clear that NIRA have a total disregard for the lives of everyone living in Creggan.

“By bringing a viable bomb into the community they have again proved that have no regard for the lives of anyone living in Creggan.

“Once again they exploited some of the young people in the community to attack police and have brought disruption and misery to families.

“We want to thank the community for their patience during this public safety operation. We know the impact this has had, especially on residents who had to leave their homes.

“Police will remain at the scene for some time yet to carry out further investigations.

“A full terrorist investigation has been commenced and we would ask anyone with any information about this bomb or the disorder that occurred to contact police in Strand Road.”

Sinn Féin’s Karen Mullan said people living in Creggan were “angry and disgusted” and those responsible were not “listening to the community”.

“There is no justification whatsoever for rioting or attacking the police when they are in to do their job,” she said.

Journalist Lyra McKee was shot dead during rioting in Creggan in April while standing near a police 4×4. 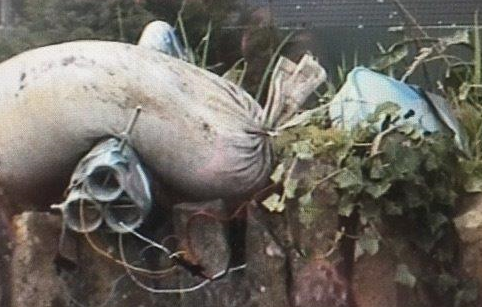 Fr Joseph Gormley, who anointed Ms McKee on the night she was shot, said had the bomb not been found and diffused, “we could have had another loss of life”.

The New IRA later said its members had murdered the 29-year-old, who was shot in the head when a masked gunman fired towards police and onlookers.

Monday’s police operation in Creggan followed the discovery of a mortar bomb in Strabane on Saturday, which police blamed on the New IRA.

It was left on a wall close to homes.