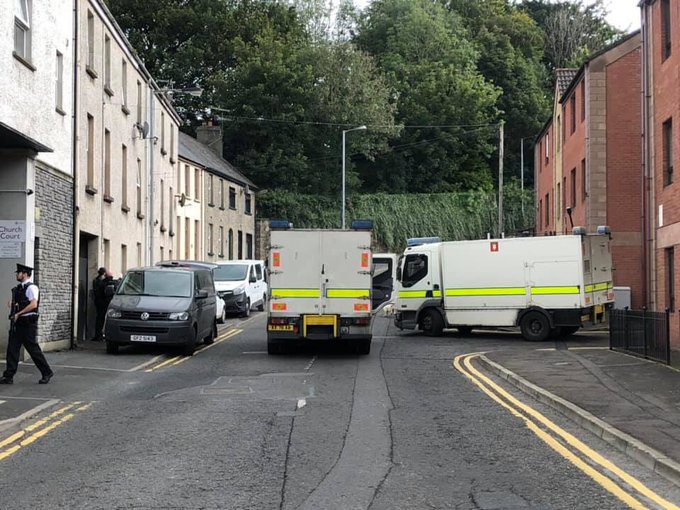 DETECTIVES have arrested a man the discovery of a a bomb near a police station yesterday.

A number of residents had been evacuated from their homes in Strabane after the discovery of the bomb.

The device was made safe by ATO.

The PSNI say on Sunday morning: “The security alert in Strabane is over.

“The object has now been confirmed as an Improvised Explosive Device (IED).

“A male was arrested under the Terrorism Act during the early hours of this morning.

“There are no further details at present.”