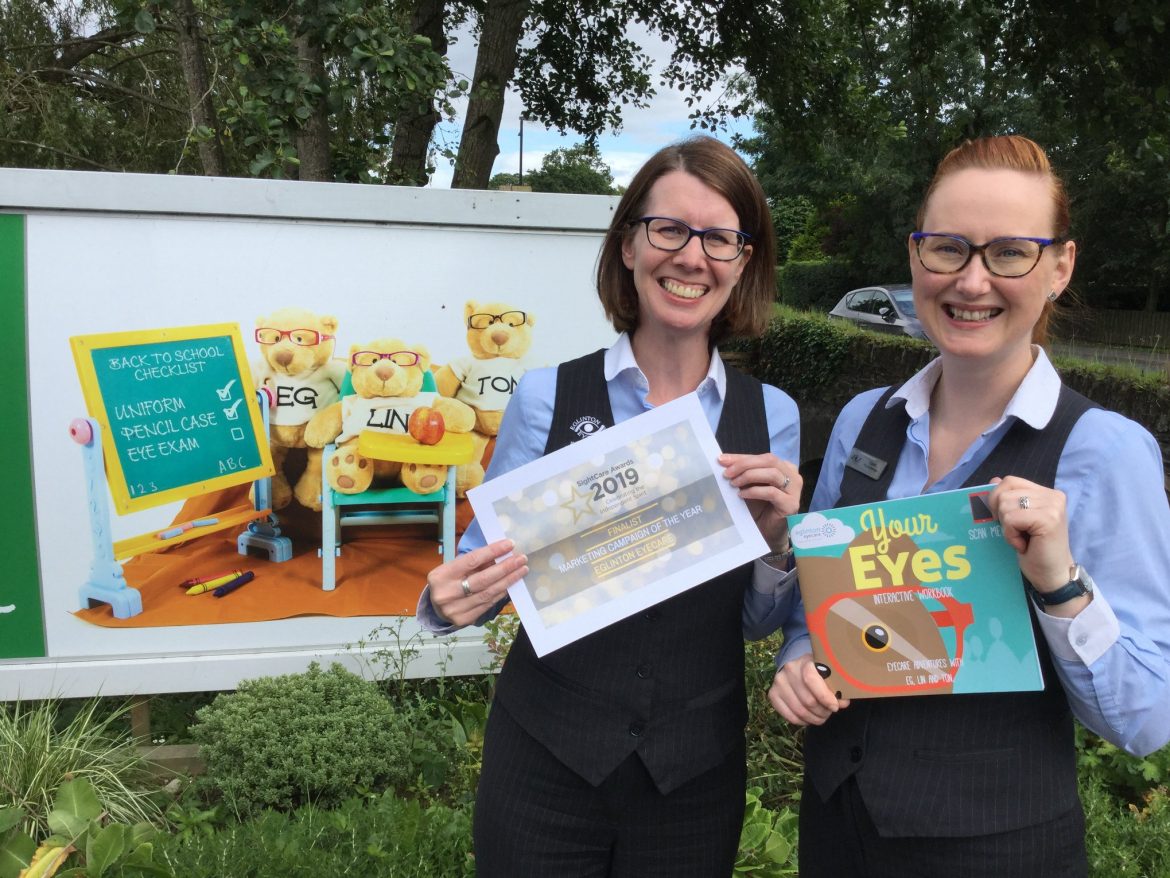 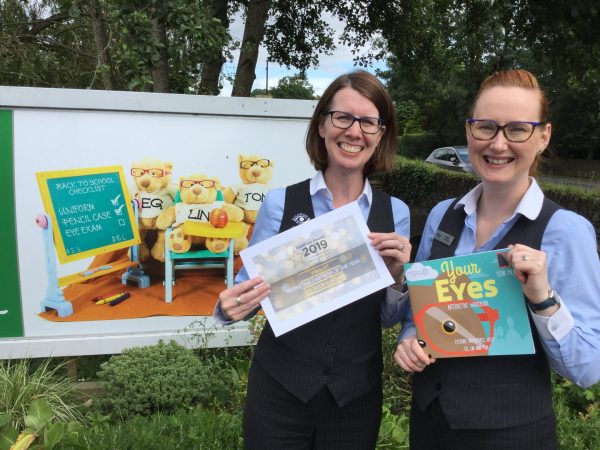 Eglinton Eyecare has been nominated for Marketing Campaign of the Year at the SightCare Awards. Left to right: Jean Kelly, Owner and Optometrist and Claire Buchanan, Practice Manager.

LOCAL opticians Eglinton Eyecare have been nominated for a national award by the Optical industry.

The practice is one of only four in the UK to be nominated for Marketing Campaign of the Year at the annual SightCare Awards.

The winners will be announced at an exclusive ceremony on 16th September in Telford, at the annual SightCare Business & Networking Conference, the largest gathering of independent practices in the UK.

The Marketing Campaign of the Year award acknowledges a creative marketing campaign which has increased awareness in the local community.

Eglinton Eyecare was selected for the success of its ongoing children’s eye health campaign, which was created to raise awareness locally about the importance of regular eye exams for children.

The practice employed a range of marketing techniques to help them communicate the value of good eye health to schools and families in the area.

Some of the initiatives the practice team were commended for include their interactive workshops at local schools, their informative parents’ leaflet, an interactive workbook for children, a social media campaign and school colouring competitions.

The SightCare Awards is the premier independent business awards, recognising the best independent Opticians from the length and breadth of the UK.

Through the SightCare competition, independent practitioners and their staff enter learning initiatives and independent business content in various categories for recognition of excellence.

Finalists are selected by a group of experienced judges and, from that group of finalists, one winner from each category is awarded.

“We believe strongly that no child should be disadvantaged in school or in their ability to learn as a result of uncorrected vision,” said Jean Kelly, Owner and Optometrist at Eglinton Eyecare.

“We feel as a local healthcare provider that it is our responsibility to improve awareness and ensure that every child is able to reach their full potential at school and beyond.

“As a practice, we are absolutely thrilled to be recognised by SightCare for our work in this area and we are looking forward to the awards ceremony later this month.”

Eglinton Eyecare, established in 2005 and led by local Optometrist Jean Kelly, are a multi award winning Opticians practice based in Eglinton, Co Derry.

Due to their commitment to their local community, as well as their dedication to continually improve to deliver excellence in customer service and their expertise in children’s eye care, they have won several National Awards.

More information can be found at www.eglintoneyecare.com