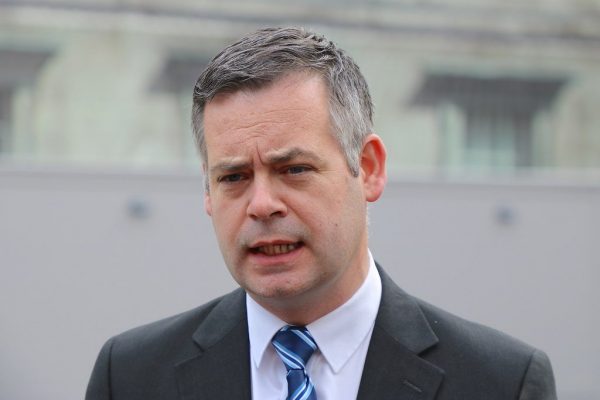 SINN Féin Finance spokesperson Pearse Doherty TD has called on the Irish Government to clarify details of discussions with the European Commission over the location of custom checks for trade on the Derry/Donegal border in the event of a No-Deal Brexit.

Deputy Doherty warned that any custom checks along the border would be unsustainable and a retrograde step for the country and the peace process.

Speaking today, the Donegal TD said: “Any imposition of custom checks is a backward step for this country.

“The fact that such political vandalism is now being discussed is proof that the interests of the British Government and the peace process are now irreconcilable.

“The Tánaiste should not be forced to choose between the single market and the Good Friday Agreement.

“Any impediment to trade and movement on this island will damage Border communities, harm the economy and undermine the architecture of the Good Friday Agreement.

“The Government must clarify immediately what checks they are discussing with the Commission, where they will be located and what their purpose will be. Any imposition of checks is a diminution of the progress we have made.

“Ultimately, the only sustainable solution to this problem is the removal of the border.

“While the Government may not want to face up to the fact now, it is incumbent on everyone who cares about the future of this island to plan for its ultimate reconciliation.”