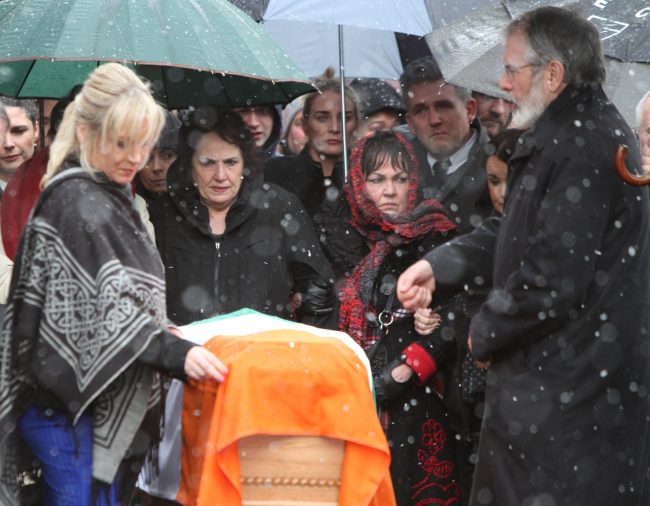 THE widow of former Sinn Fein Deputy First Minister Martin McGuinness has voiced her support for Michelle O’Neill as she faces a challenge for the party’s vice-presidency from the party’s former education minister John O’Dowd.

In a Facebook post, Ms O’Neill said she would be seeking re-election at the Ard Fheis to be held in Derry this November.

She asked party members to “endorse my record by re-electing me to the position of Leas Uachtaran of the party”.

Bernie McGuinness liked the post and commented “No better woman”.

Ms O’Neill was her husband’s choice to replace him as Sinn Fein’s Stormont leader in January 2017.

John O’Dowd has decided to throw his hat into the ring at the weekend in the hope of garnering support from party activists in north and south Armagh and even parts of Ms O’Neill’s east Tyrone heartland.

It is believed he joined the election race over the party’s poor showing in recent election north and south of the border and the current direction of the party leadership.

The mother-of-two will be looking to draw support from Sinn Fein members in Belfast, Antrim, Down and Derry.

Mr O’Dowd took over as acting Deputy First Minister for six weeks in 2011 when Mr McGuinness ran in the Irish presidential election.

In response to Mr O’Dowd’s announcement, Ms O’Neill said: “Sinn Fein is a democratic party and I welcome democratic debate and choice within the party.

“I will, therefore, seek re-election as Leas Uachtaran of our party at the forthcoming Ard Fheis in Derry in 2019.” 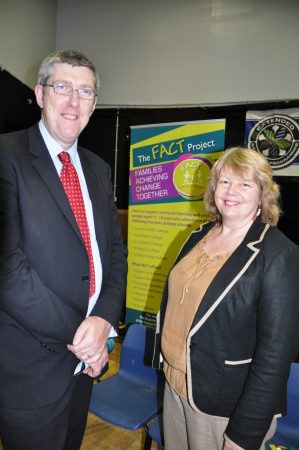 She continued: “The Sinn Féin leadership is fully focused on the threat of Brexit across the whole island and safeguarding the peace and progress of the past 21 years.

“I am fully committed to this work and to building Sinn Fein as a national political movement for Irish Unity and an agreed Ireland.

“I will ask the party membership to endorse my record by re-electing me to the position of Leas Uachtaran of the party.”