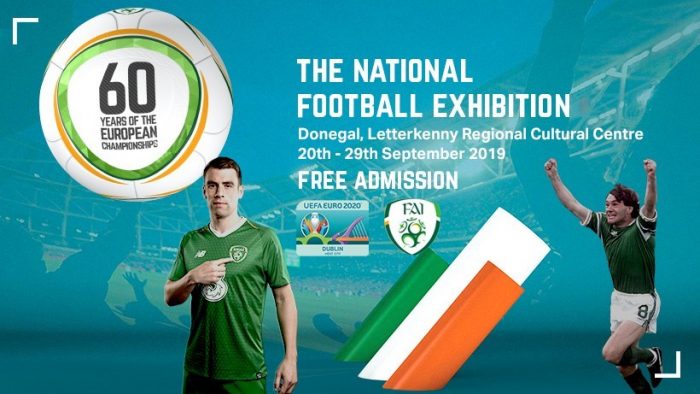 Here’s a chance to honour the Grassroots Hero in your club!

IS THERE an unsung grassroots hero in your football club? Well, now is your chance to have them recognised.

As part of the National Football Exhibition, which is visiting Letterkenny later this month, the FAI has launched the Grassroots Hero award.

Winners will be chosen by the FAI and receive a prize and recognition at the Exhibition.

Grassroots Heros should be someone involved at local football level in your area and winner will be chosen by an FAI panel including local Development Officers.

You can nominate someone by clicking here: https://www.fai.ie/domestic/the-national-football-exhibition-grassroots-hero

Donegal marks the fifth stop on the road and follows on from successful stints in Sligo, Cork, Limerick and Waterford.

Finn Harps recently celebrated their 50th anniversary in the League of Ireland and with neighbouring Derry City a short drive from the venue, there should be plenty of supporters coming to relive some memories.

Over 2,000 people visited the Exhibition at Waterford City Hall in early August.

The Exhibition will be open to the public from Friday, September 20 until Sunday, September 29. Further stops in Dundalk and Galway will come in early 2020 before a return to Dublin for the finals.

Here’s a chance to honour the Grassroots Hero in your club! was last modified: September 4th, 2019 by John

John
Tags:
faiHere's a chance to honour the Grassroots Hero in your club!letterkennyNational Football Exhibition
ShareTweet