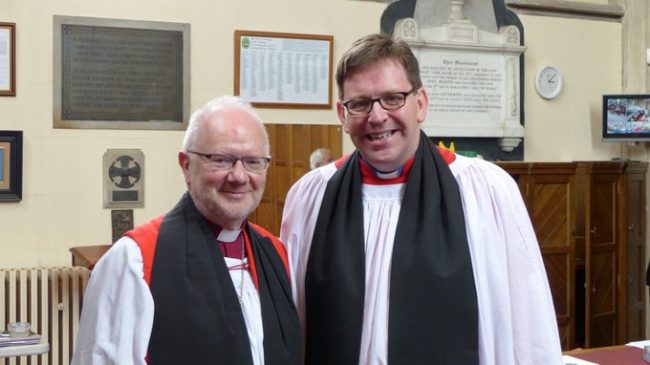 New Church of Ireland Bishop of Derry and Raphoe announced

THE Church of Ireland has announced the new Bishop of Derry and Raphoe.

He is the Venerable Andrew Forster.

The 52-year-old succeeds the Rt Revd Ken Good, who retired at the end of May this year.

Archdeacon Forster, a father of three children, succeeds Ken Good who retired at the end of May this year.

Archdeacon Forster has been Rector of Drumglass (Dungannon), in the Diocese of Armagh, since 2007, and Archdeacon of Ardboe since 2015.

Dr Richard Clarke, Archbishop of Armagh and Primate of All Ireland, said: ‘We wish Andrew Forster every blessing on his election.

“I have known Andrew since he was eight years old.

“He has been a great colleague as an archdeacon in Armagh diocese and I know that he will bring great gifts to his new responsibilities.”

The bishop-elect said: “I am very much looking forward to beginning a new chapter in ministry and getting to know the diocese.

“I am very humbled by the fact that the Church has put its trust in me to take that role.”

Archdeacon Forster will be consecrated on a date yet to be decided.