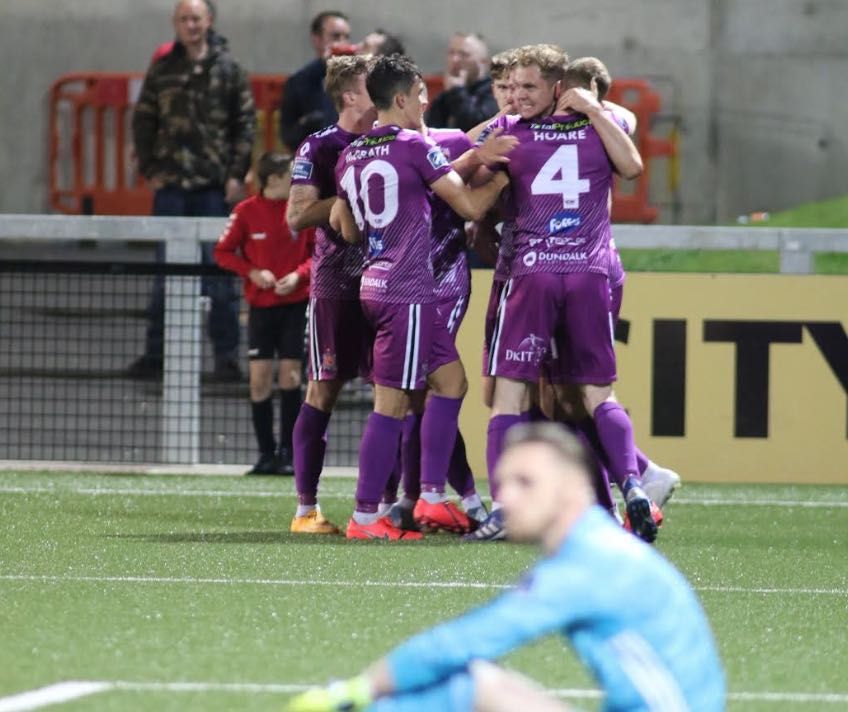 Goals from Daniel Kelly, Daniel Clearly and Georgie Kelly broke the Foylesiders stubborn resistance, their flat back four and their safety-first approach breached on three occasions after Greg Sloggett and Darren McCauley restored parity for the home side.

Dundalk made it 1-0 after 32 minutes following a huge mistake from City goalkeeper Peter Cherrie, who charged out of his area to intercept a long pass but Daniel Kelly got there ahead of him. Daniel Clearly’s cross found Kelly, who cleverly nodded home into the unguarded net. 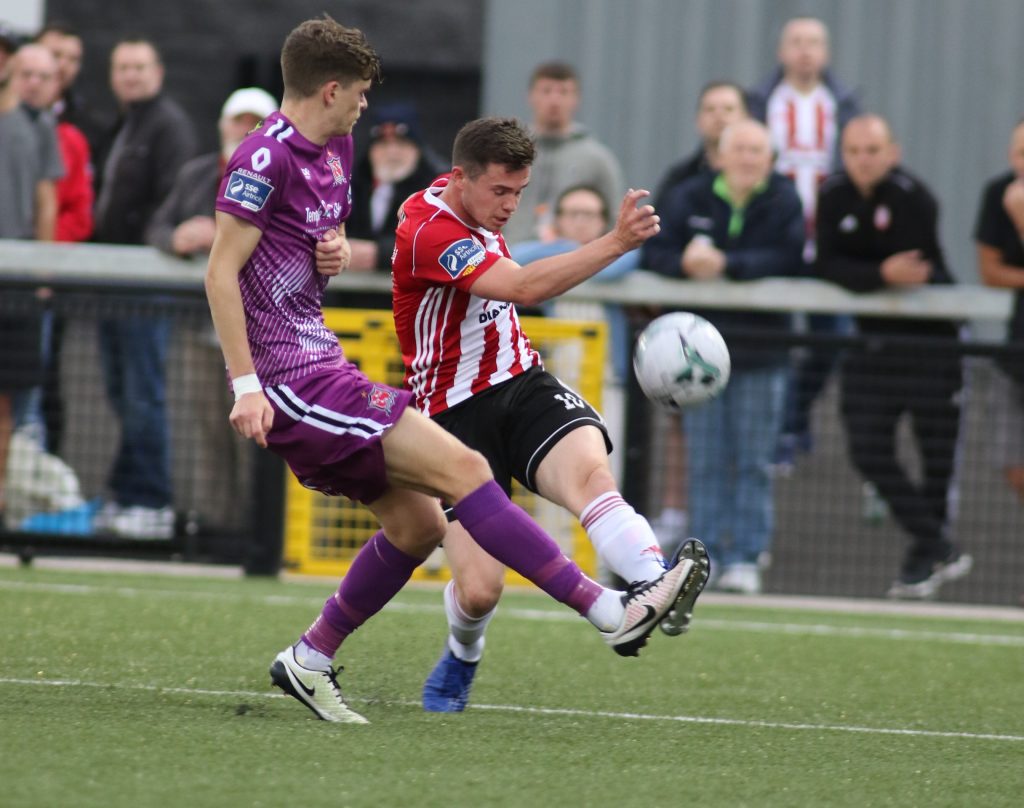 After the break, Derry City hit an early equaliser when Jamie McDonagh, Michael McCrudden and Sloggett produced a superb piece of integrate play.

Clean through following a cheeky back-heel by McCrudden, Sloggett sent Gary Rodgers the wrong way for the equaliser.

However, Dundalk, as ruthless as ever, restored their lead two minutes later.

More poor defending from the Derry City backline, failing to clear the danger, fell easily into the path of Dundalk defender who couldn’t miss from close range.

The visitors had a prime opportunity to finish the game after 78 minutes but two Cherrie interventions kept the Lone Moor Road outfit in the tie – and they paid the price for their profligacy. 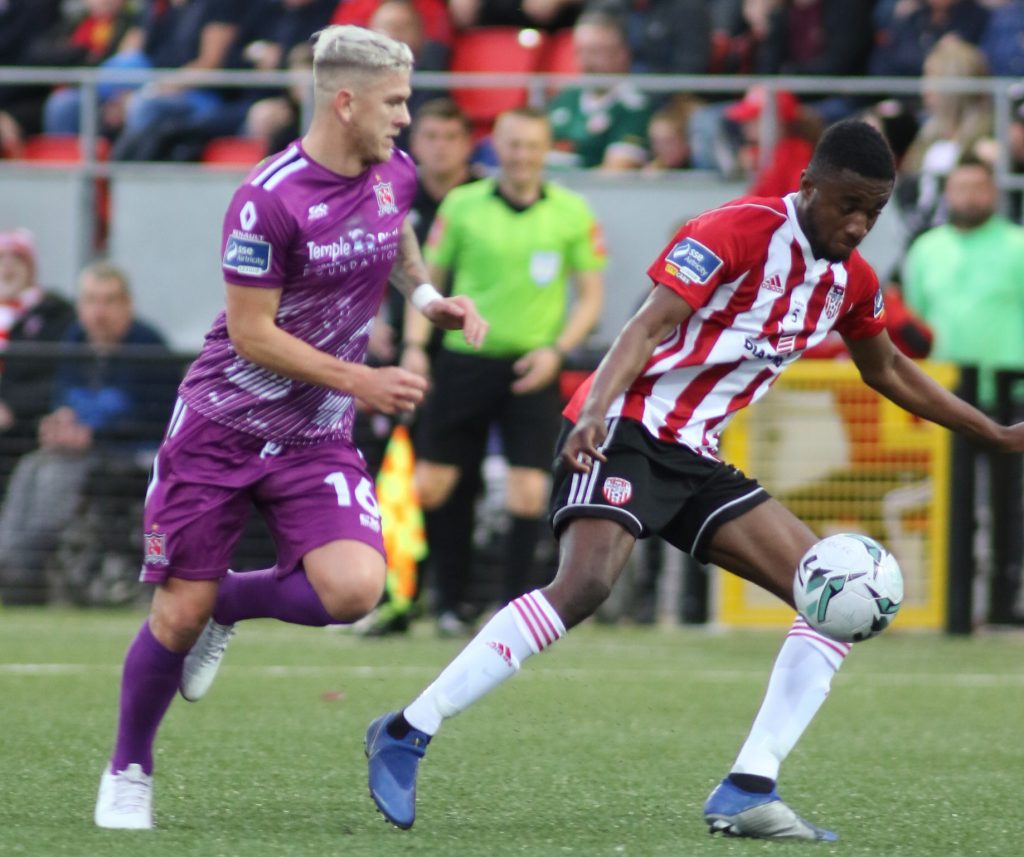 A sharp delivery from McDonagh caught Dundalk defence off-guard and substitute Darren McCauley struck a fine finish at the near post to put Derry level.

Shortly after the restart in extra-time, Sean Hoare should have given Dundalk the advantage for the third time, but Cherrie once again pulled off a fantastic stoppage to claw the defender’s nodded effort from a corner kick.

In the end, it was a fantastic header by Donegal man and former Derry City Academy player Kelly that put Dundalk into the next round of the Extra.ie FAI Cup.