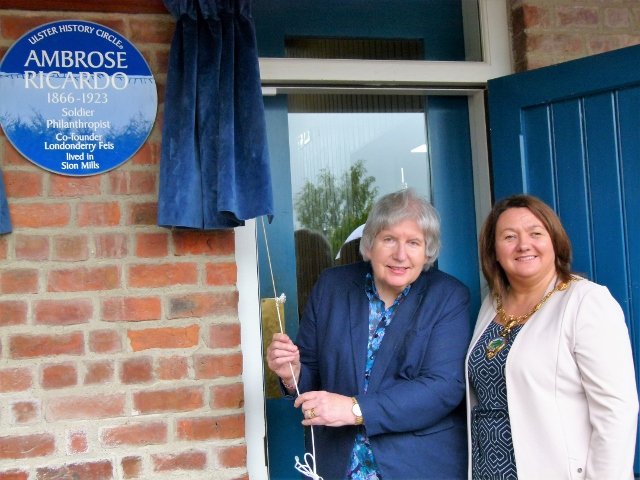 A military commander, who led more than 100 men from Sion Mills into the Battle of the Somme, has been commemorated with a blue plaque in the County Tyrone village.

He is further remembered as a scouting pioneer in pre-partition Ireland and co-founder of the Londonderry Féis.

The Ulster History Circle plaque was unveiled in Sion Mills on Thursday.

“My father said he was the most wonderful man, a real leader and that people would follow him to the ends of the earth,” she said.

“The Bishop of Derry said at his funeral that when he did something he did it with all his might and main. If he took something on, he really threw his heart and soul into it.”

He would carry that approach through a distinguished military career, into the world of business and philanthropy and the service of the Church of Ireland, as well as the arts and world of sport.

A great-grandson of economist David Ricardo, the Brigadier was born at the family seat of Gatcombe Park, Gloucestershire, in 1866, now the home of Princess Anne, the Princess Royal.

With the Royal Inniskilling Fusiliers, he saw active service in India and in the Boer War, before marriage saw him leave military life and settle in Sion Mills.

His marriage to Elizabeth Alice (Ella) Herdman, the second daughter of Sir Emerson Tennett Herdman of Sion House, saw the couple settle in Ireland where Ricardo became a director of Herdman’s Mill.

But as the Great War loomed, he returned to military service.

He was tasked with training a battalion of 130 men from the Tyrone village, men he would take into battle at the Somme in 1916.

Mrs Ferguson said almost all – some 75% of the Sion troops – returned home.

His military leadership earned him the rank of brigadier general. In 1919, he was awarded the CBE. 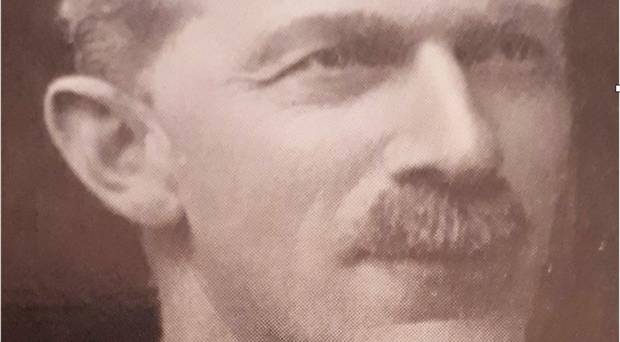 After the war, he became actively involved in church activities – he was instrumental in building the Church of the Good Shepherd in Sion Mills in 1909 – while also actively working for the welfare of ex-Army personnel and serving as the first boy scout commissioner for Ireland.

He served as president of the north west cricket union while the Derry Féis, a cultural and arts festival he co-founded, ran every year until 1998.

It was separate to the Féis Dhoire Cholmcílle, which runs every Easter in the city.

Ambrose continued to serve as director of Herdman’s Mill until his death.

Gen Ricardo died in 1923, drowned while inspecting water levels at the reservoir he had built in Sion Mills.

“Already distinguished as a soldier, his philanthropic works in the village have provided a lasting legacy,” he added.