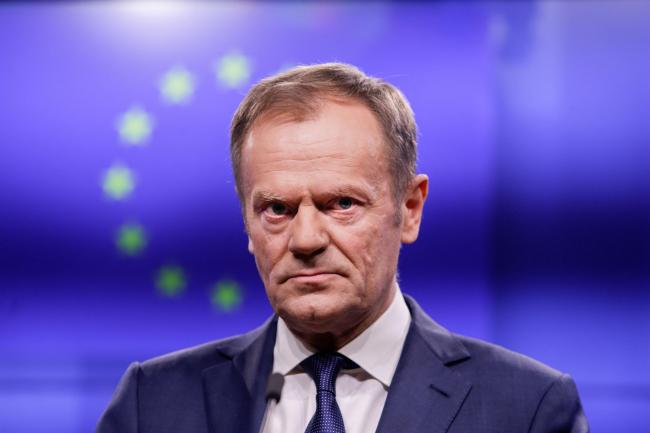 A MAJORITY of MLAs have today issued a letter to European Council President Donald Tusk outlining their support for the backstop contained within the Withdrawal Agreement and Political Declaration.

The group of 49 MLAs said that a legally operable guarantee is needed to protect the Good Friday Agreement, prevent a return to physical infrastructure at the border, and preserve the all-island economy.

The letter is signed by the SDLP leader and Foyle MLA Colum Eastwood along with leaders of three other parties.

Here is the text from the letter:

“The proposed date of the UK’s withdrawal from the European Union, 31 October, is fast approaching.

“As leaders of local political parties who represent the cross-community majority who voted to remain in the EU we have grave concerns about the current trajectory toward a no-deal Brexit and the impact this would have on our economy, our border and community cohesion.

“An analysis carried out by the Northern Ireland Civil Service has predicted job losses in the region of 40,000 if we’re forced from the EU without a deal.

“The British government’s own analysis has predicted significant disruption to integrated supply chains across this island rendering cross-border trade in our agri-food sector virtually impossible for many operators.

“It has also warned that the open border that has underpinned our political settlement would be unsustainable within months.

“It is our view that the progress made in developing integrated and enduring relationships on this island, politically, economically and socially, over the last 20 years is far too important to abandon. Particularly at a moment when those relationships are being tested.

“With that in mind, and with no functioning Executive or Assembly currently in place in Northern Ireland to give expression to the democratic wishes of people here, we write to you to confirm our support for the backstop contained within the Withdrawal Agreement and Political Declaration.

“It is our view that a legally operable guarantee to protect the Good Friday Agreement, maintain north-south co-operation and preserve the all-island economy and to prevent a return to physical infrastructure on our border or physical checks at or near the border is necessary to preserve the progress that we have made.

“We trust that the approach adopted by the European Institutions to defend all that we have achieved will continue in the weeks ahead.