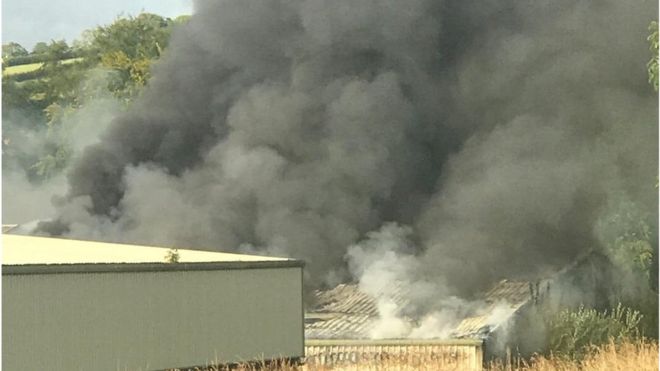 A FIRE at Herdman’s Mill in Sion Mills is being treated as arson, the Fire and Rescue Service (NIFRS) saY.

The fire broke out at the historic site at around 6.30 pm on Monday.

Four fire appliances and an aerial appliance were involved in tackling the blaze at the derelict mill. The fire was extinguished at around 9.40 pm.

A NIFRS spokesman said the fire was started deliberately.

It is the latest in a number of deliberate fires at the derelict site which was bought by local lottery winner Margaret Loughrey for £1m in 2014.

It was previously owned by the Herdman family for more than 170 years.

“The history of the area is being allowed to go up in smoke and this should no longer be the case,” he said. 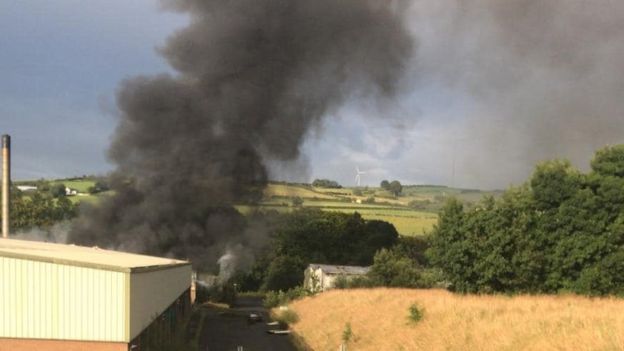 “Public bodies, including the council and the Department for Communities, need to step in to secure the mill otherwise it will be completely lost.

“Either that, or private sector investors who are willing to spend money and create much needed jobs for the area.”

The mill once employed more than 1,000 staff.

It stopped spinning linen in 2004 and the company that owned the mill went into receivership in 2011.