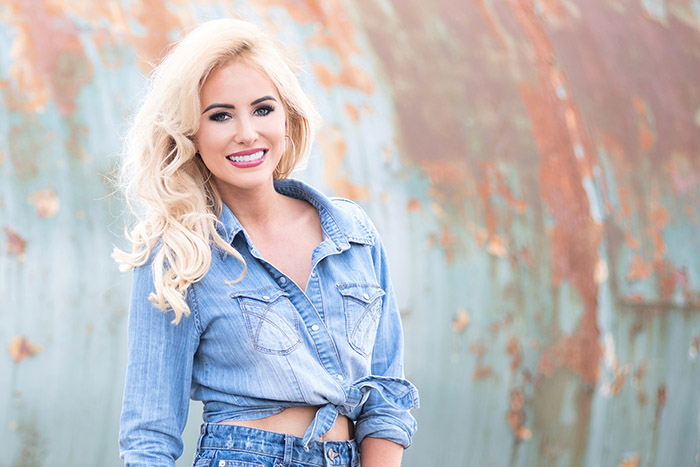 NO rest for RTE’s ‘Dancing with the Stars’ finalist Cliona Hagan as the country singer gets ready for her ‘Dance On’ concert tour at the Alley Theatre.

A new kind of rehearsals is on Cliona Hagan’s mind, as the County Tyrone singer prepares to headline her very own ‘Dance On’ theatre concert tour come September, following her lengthy stint on RTE’s Dancing with the Stars.

She can’t wait to come to the Alley on Friday 13th September!

A huge name on the Irish Country scene, Cliona launched her brand new band and show at Easter, with a jam-packed schedule this summer bursting with dances, festival slots and the preparation for her first concert tour starting in the autumn visiting theatre venues all over Ireland.

The ‘Dance On’ tour will include some very special guests, including groups of musical students from across Ireland who have been part of Cliona’s ‘Just Sing’ music project created to help young people get a kick-start into Arts and Music.

A qualified music teacher, Cliona says having the students perform alongside her as part of the ‘Dance On’ theatre concert tour “will be such a privilege”.

Cliona has had a busy year so far, making it all the way to the final of the third series of Dancing with the Stars on RTE One.

Speaking of her time on the show, Cliona said: “You have to always not let fear rule you and hold you back… that’s my motto in life.

“I have not been in my comfort zone when it comes to the dancing, but I gave it my all, everything, blood, sweat and tears”, adding that “she can’t thank the people who showed [her] support enough.”

With little rest for the dancing finalist, Cliona says she “can’t wait to get back on the road” to see her army of dedicated fans, and the people who have supported her throughout her dancing journey.

Don’t miss Cliona headline her very own ‘Dance On’ concert tour with some very special guests at the Alley Theatre on Friday 13th September.

‘Dancing with the Stars’ finalist Cliona Hagan in concert at the Alley was last modified: August 19th, 2019 by John