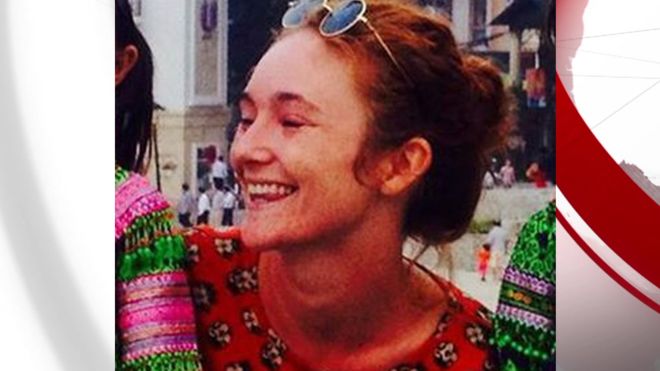 THE heartbroken mother of Danielle McLaughlin who was murdered in India has said Nora’s grieving relatives will endure their nightmare for the rest of their lives.

Speaking to the Belfast Telegraph, Andrea McLaughlin revealed the most torturous part of her daughter’s death two years ago was trying to deal with the unanswered questions — something she believes the Quoirin family will also face over her death in Malaysia during a family holiday in the Dusun rainforest resort.

In March 2017, the body of Danielle, who was from Buncrana in Co Donegal, was found in a secluded spot at a beach resort in Canacona in Goa, a popular Indian holiday island.

Danielle, who was travelling in India before heading on to Canada to work as a teacher, had been raped and beaten with a rock and broken bottles before being strangled and dumped on the road.

Her mum Andrea (48) said she had been following the case of 15-year-old Nora, who vanished from a holiday resort in Malaysia where the family had been staying earlier this month. Her body was found on Tuesday.

She said news of the discovery of Nora’s body brought it all back to her.

Andrea said: “I still don’t have all the answers about what happened to Danielle.

“You want to know her last moments, even though you’re scared to know them.

“You need to know them.

“Did she look for you in those last moments?

“Did she call for you? What was she saying? Was she scared?”

Choking back tears, Mrs McLaughlin added: “I’ll never get the answers, but that’s all I want. And those are things the Quoirin family will want to know as well.”

Not having had the opportunity to say goodbye is an unbearable cruelty that Mrs McLaughlin recognises she shares with Nora’s parents, Meabh (45), who is from Belfast, and Sebastien (47), who is French.

“There’s no goodbyes, which makes it harder,” she said.

“And it’s so sudden. That’s what also makes it a lot harder for the family.

“I was following what was happening with Nora from the very start when she went missing and my heart went out to her mammy.

“I just wished I could have been there to give her a cuddle and just tell her that it’s never-ending.” 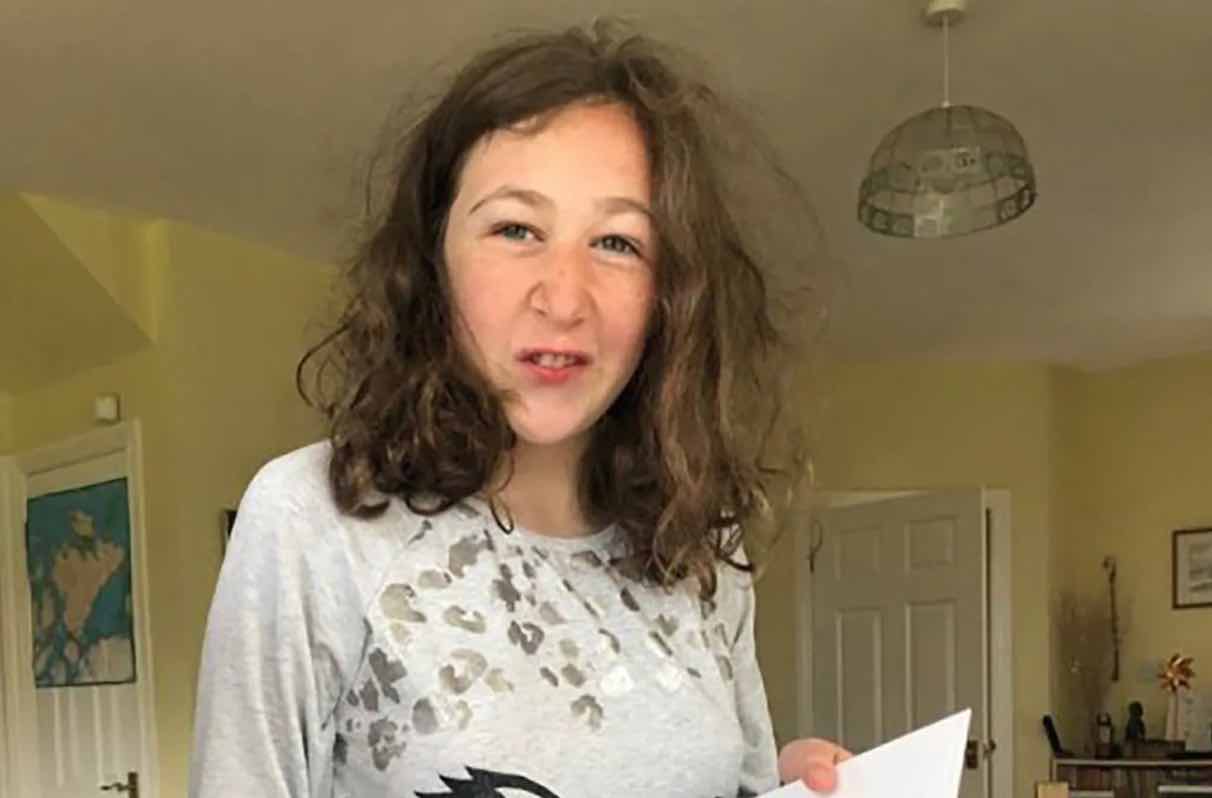 When Mrs McLaughlin first heard that Nora, who had special needs and was described by her parents as “vulnerable”, had vanished from a villa shortly after arriving with her parents and siblings at a jungle holiday resort, she was optimistic for a different outcome.

“I hoped it would’ve been a different turn out, that maybe she was just scared, that she was lost,” she said.

“A person can normally go over 10 days without food so I thought that she still would have been okay and she was just frightened and hiding.

“I hoped they were going to find her alive. I think a lot of mothers were wishing that.”

Then, when the tragic news came through that Nora’s body had been found, 10 days after she went missing, Andrea said it brought her back to the dark days immediately after she lost Danielle.

“I just thought, this is this family’s worst nightmare and they will be living this nightmare for the rest of their lives,” she said.

“They are going to be missing one of the most important people in their lives forever.”

The results of the post-mortem examination into Nora’s death found no evidence of foul play but her family still fear that she was abducted and their lawyer has said they remain determined to find out exactly how she died.

The Quoirin family said: “Our beautiful, innocent girl died in extremely complex circumstances and we are hoping that soon we will have more answers to our many questions.”

That insatiable quest for knowledge surrounding the exact nature of a loved one’s death is all too familiar to Mrs McLaughlin.

“Everything will be going through Nora’s mum’s head now,” she said. “It’s very hard because you’re looking for answers all the time, answers that sometimes don’t come.”

Mrs McLaughlin was at home in Co Donegal when her eldest daughter was murdered and she must now watch from afar as the trial, which started in April 2018, of tourist guide Vikat Bhagat (25) trundles on in Goa. 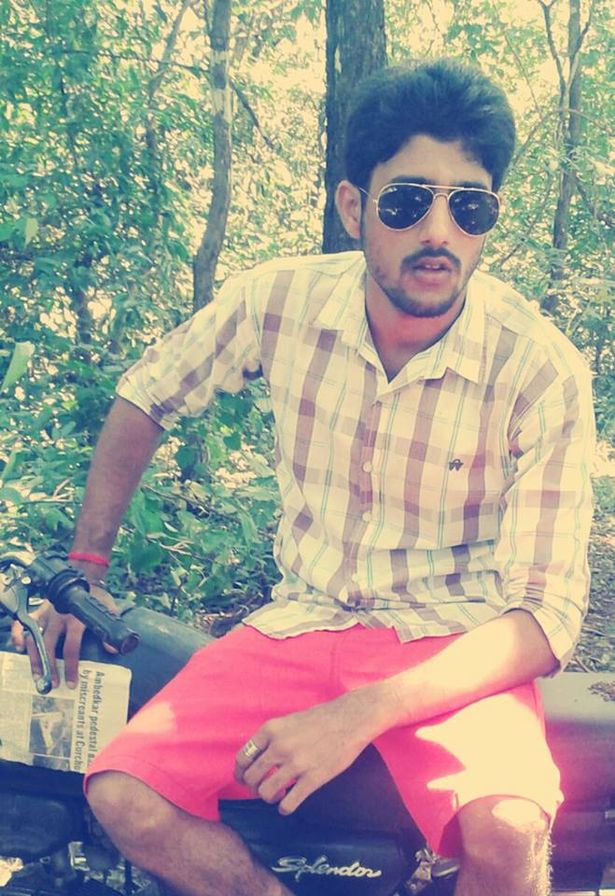 Vikat Bhagat charged with the rape and murder of Danielle McLaughlin

Bhagat, who had befriended Danielle, was subsequently arrested and charged with her rape and murder, as well as theft and destruction of evidence.

“I’ll be living this never-ending nightmare until the court case is over; it has been ongoing two years in March and it could take many more years,” Andrea added.

“It’s really hard to lose someone so far away from home.

“When Danielle died the papers knew before me.

“Her friend told me what happened and she shouldn’t have had to. To this day I have never been told by an official that Danielle is dead.”

She added: “At least Nora’s family is there.”

Mrs McLaughlin revealed that Danielle’s death represented the loss of a second daughter for her family after 10-week-old baby Eire Rose died due to cot death 13 years ago next Wednesday, on August 21.

“I’ve been living a nightmare for 13 years, not just two,” she said. “But Danielle’s death I suppose is worse… because she was older and because she was taken from us by someone else’s hands.

“Danielle trusted this person. He was her friend. He broke the trust and he destroyed it. That’s a lot worse.”

Mrs McLaughlin said she somehow found strength because of her other daughters, Jolene (21), Seanne (15), Traigheannach (11) and six-year-old Skye.

“You don’t have a choice. You have to keep going for your other children,” she said.

“But I have also realised that in this life these things can happen to anyone at any time.”

The Quoirin family must now prepare to bring Nora’s remains  home where, they said, “she will finally be laid to rest close to her loving families in France and Ireland” after a tragic end to what should have been a holiday of a lifetime.

Mrs McLaughlin said it will be tough.

“I remember when Danielle was coming home,” she added.

“All I wanted was Danielle’s body out of India. She was flying from Dubai to Dublin.

“I remember getting a phone call from the undertaker telling me she was out of India and I started crying. I was so glad she was getting out of there.”

She also said that leaving Malaysia was only the next small step in an unending grieving process for Nora’s parents, who have been living in London for the past 20 years.

“When you’re on that final journey home, that’s when reality sets in,” she said.

“At the moment they’re still in complete and utter shock. It’s only two weeks on Sunday since this nightmare started for them.

“It’s so early for them and they’re still looking for answers and it’s going to take time for those answers.”

For her part, Andrea hasn’t yet visited the country that stole her beloved daughter’s future.

“I haven’t been over in Goa yet, but I do want to go when the time is right,” she said.

Referring to the Quoirins’ statement that the results of the post-mortem into Nora’s death gave them “some information”, Mrs McLaughlin urged them to consider getting a second opinion just as she did two years ago in Danielle’s case.

“The family now should get another post-mortem done in the UK or Ireland,” she said.

“It was one of the best decisions I ever made.

“It took around eight months but it clarified answers for me and it gave me peace of mind.”

She added: “And, if there is a criminal aspect to what happened to Nora, hopefully they’ll get answers to that.”