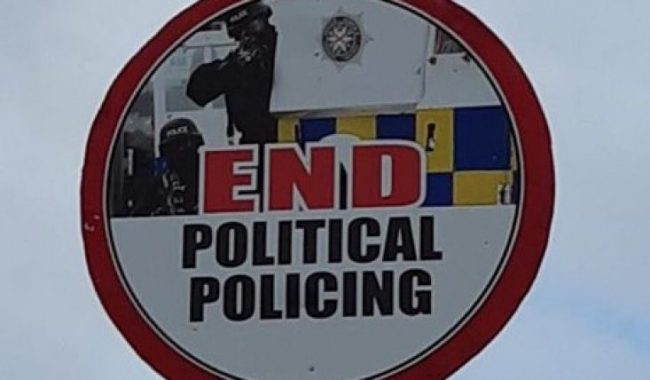 MENACING signs supporting the New IRA in Derry’s Creggan estate not far where Lyra McKee was brutally murdered have been changed.

Posting on social media, Saoradh said a number of signs had been changed around the Central Drive area of the estate.

Graffiti supporting the New IRA was posted on walls in the weeks after Ms McKee was killed.

Threats were also made to named prison officers in Maghaberry prison where dissident republican prisoners are housed.

Signs erected on posts in the area carried pro-IRA graffiti, with messages including: “The police will forget about you, we won’t” and “Informants will be shot”.

The signs have been replaced by messages reading ‘End Political Policing’ and ‘Stop Profiling Communities’.

The New IRA later claimed responsibility for the killing of Lyra McKee on Thursday, April 18.

In a statement. the New IRA’s political wing, Saoradh, said: “In recent months a number of signs were erected around the area known locally as the Creggan shops. These signs encouraged members of the Creggan community not to engage with British Crown Forces. Other signs also advised against informing. 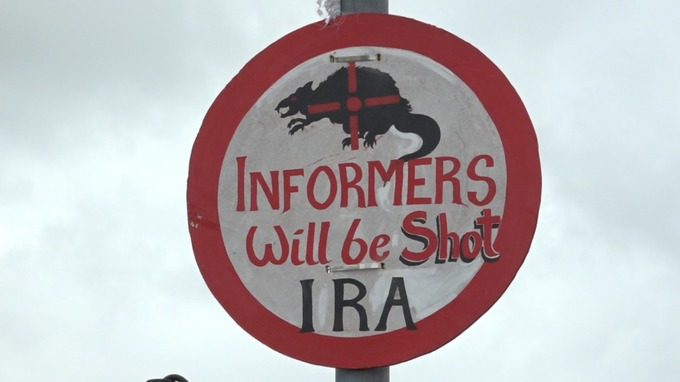 “Having discussed the ongoing issues surrounding the signage and sought assurances, Saoradh have now erected signs covering the original boards.

“The ever present issue of political policing and the targeting of specific communities by British Crown Forces continue to be major aspects of life for those living in Creggan and as such Saoradh sought to highlight and expose this through graphic imagery.

“Saoradh welcome the understanding by the Republican Movement in regards to the signage and encourage further dialogue for the benefit of our communities.”