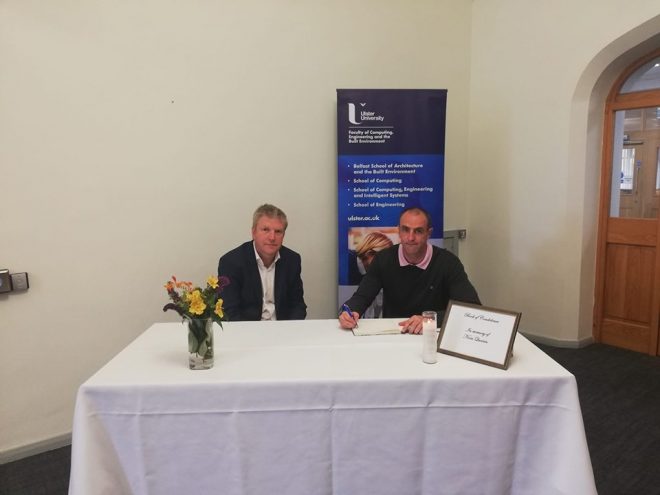 SDLP Mark H Durkan has extended his sympathies to the Quoirin family following the tragic death of their daughter Nora.

As a mark of respect, a Book of Condolence is now open to the public at Magee Campus until Friday, August 23.

Said the Foyle MLA: “My heart goes out to the Quoirin family following the tragic death of their daughter Nora in Malaysia.

“Many people around the world have been touched by the loss of young life under such tragic circumstances.

“Given the Derry connection with Nora’s parents, Meabh and Sébastien – who actually met in Derry when Meabh was a student and Sébastien a French tutor at Magee – their contemporaries still based in the North-West reached out to me, as they thought it would be appropriate if the University were to open a book of condolence in Nora’s memory.

“After speaking with Ulster University, they have kindly agreed to this request. The book will remain in the main hall of Magee where it is accessible to the general public until next Friday when it will be forwarded to the Quoirin family.

“My thoughts are with the family; we want them to know they have the support of the people of Derry and indeed Northern Ireland at this very difficult time.”