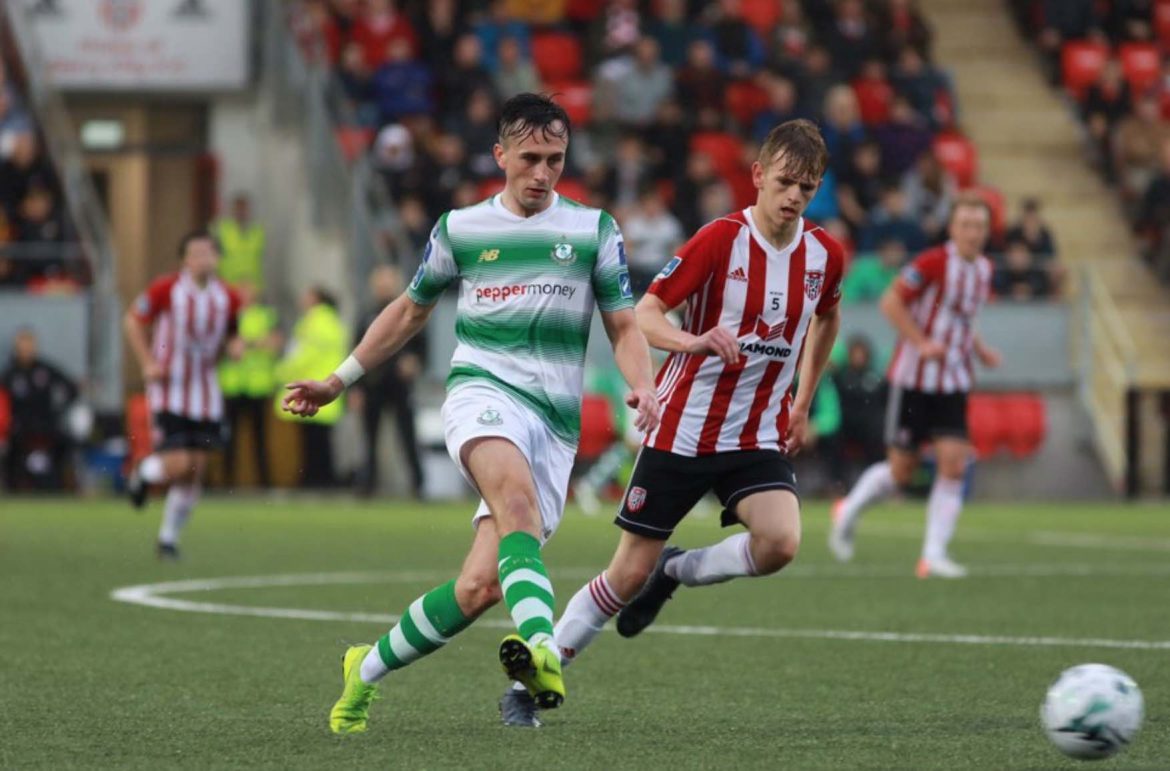 Shamrock Rovers claimed an emphatic 2-0 victory at the Ryan McBride Brandywell Stadium to maintain their valiant title challenge against Dundalk.

Goals from former Derry City midfielder Aaron McEneff and Aaron Greene after the interval damned Derry City to fourth place, three points behind Bohemians in the fight for Europe.

The game started at a pedestrian pace but it was Shamrock Rovers who enjoyed most of the possession in the early stages.

And Stephen Bradley’s side almost took the lead after 13 minutes when Greg Bolger’s cross was steered just above the crossbar by Graham Burke.

Rovers, who hadn’t lost in the league in their last four outings – there last defeat coming against Dundalk on June 28 – were making the most against an error-strewn City side.

But for all of Rover’s attacking talent, City almost snatched the breakthrough when Bruna’s well-placed free-kick was deflected goalwards by former Candystripe McEneff.

Just before the interval and it was Derry on the front foot again, this time Bruna almost taking matters into his own hands with a 25-yard strike that skimmed the far post.

After the break, Derry produced the early warning signs but Jamie McDonagh was unable to hit the target with his fine strike.

However, any concerns Devine may have harboured about his team switching off were realised after the hour mark.

A clumsy penalty concession after 64 minutes – following a poor pass from David Parkhouse – was comfortably put beyond Peter Cherrie by McEneff.

Derry were, in many ways, architects of their own downfall here.

After 74 minutes, Parkhouse, had the chance to make up for his earlier blunder, but he failed to score from the penalty spot – Alan Mannus pulling off an exquisite intervention.

And two minutes later, things went from bad to worse.

Unlocking the Derry defence once again, Aaron Greene didn’t hesitate when through one-on-one and with a lovely left-footed finish doubled the tally for visitors.