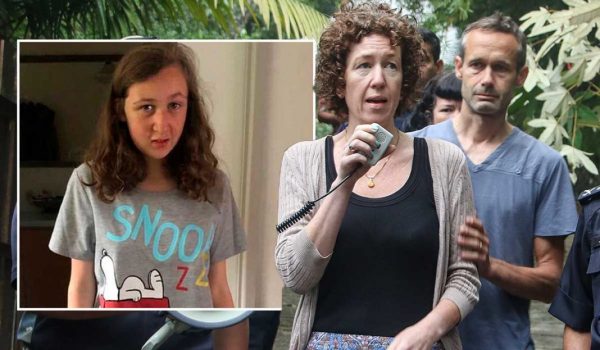 PRESIDENT Michael D Higgins has expressed condolences on behalf of the country over the tragic death of missing tean Nora Quoirin.

The 15-year-old, whose family have strong connections to Derry, went missing tens days ago after vanishing from her hotel in the Dusun rainforest resort in Malaysia.

Her remains were found this morning by a stream 2km from the hotel.

Nora’s parents, Meabh and Sebastien, this afternoon made the painful journey to the local mortuary where they had to carry out the harrowing ordeal of identifying her remains.

News of Nora’s death has shocked the whole of Ireland.

President Higgins this afternoon expressed his sympathy to Nóra’s family and thanked the Malaysian authorities and volunteers for their assistance in the search.

“Sabina and I offer our deepest condolences to Nora’s parents, Meabh and Sebastien, to Nora’s siblings and to her extended family.

“On behalf of the people of Ireland, I would like to express my gratitude for the assistance given by the Malaysian authorities in the search for Nora, for the volunteers who answered the call to join the search, and for all those throughout Malaysia, Ireland, France and Britain who offered what support they could.

“Our thoughts and prayers are with Nora’s family at this most difficult time.

“He said on Twitter: “They have experienced every family’s worst nightmare.

“I’d like to pay tribute to everyone who searched for Nora.

“May she rest in peace.”

Sinn Fein vice president Michelle O’Neill tweeted: “I am saddened to learn of the tragic news that the body of Nora Quoirin has been found.

“My heart goes out to her family, friends & those that worked tirelessly in the search at this very difficult time.

“You’re in the thoughts and prayers of many.

Coronavirus: ‘Lockdown working – but we are...