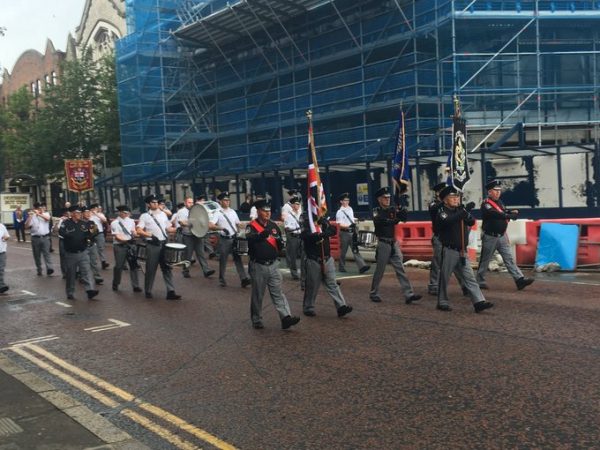 THE PSNI has defended its approach to a flute band which wore British Parachute Regiment insignia during an Apprentice Boys parade in Derry.

Members of Clyde Valley Flute Band from Larne wore the symbol with the letter ‘F’ on their shirts during Saturday’s parade.

The band’s bus was later stopped by police as it left the city for Co Antrim.

The Apprentice Boys described the police’s actions as “heavy handed”.

He said the situation at Saturday’s parade had the potential to lead to disorder.

Supt McCalmont said on Saturday the band had been stopped initially in the Waterside area of the city and officers tried to get the band to “see some reason of the sensitivities”.

“It started to get a bit dangerous in terms of public safety and, indeed officer safety, and it was going in a difficult direction.

“It was my view that we were moving towards disorder.”

Thirteen people were shot dead when members of the Army’s Parachute Regiment opened fire on civil rights demonstrators on Bloody Sunday in Derry in January 1972. A 14th person later died of their injuries.

An ex-paratrooper, known as Soldier F, is facing prosecution next month for two murders and four attempted murders.

Supt McAlmont said “geographical sensitivities are key in this”.

“We are talking hundreds of metres here from where Bloody Sunday unfolded,” he said.

He added: “We had made the assessment because of the views of the local residents that we had gathered over the months and the understanding from the community that the geographical sensitivities were such that any display would likely lead to a breach of the peace.”

He said members of the band did not give police their name and addresses. Supt McCalmont said when spoken to on the bus band members took a “very resolute stand”. 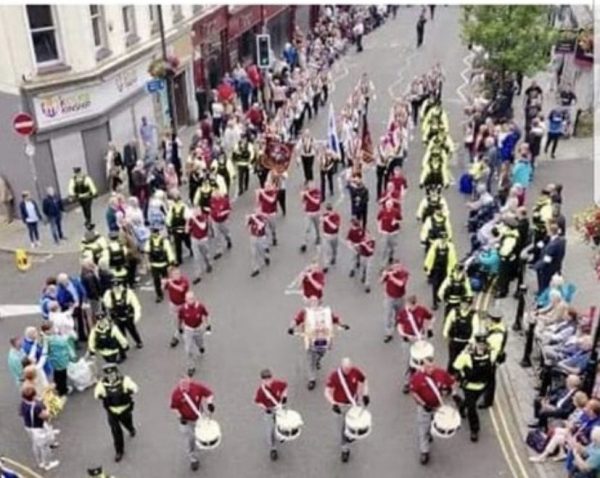 He said it was his understanding that no crime had been committed.

“It would be nice to hear and know the opinions of senior police officers on why this approach was taken,” Mr Stenhouse said.

Meanwhile, the PSNI said that five people were arrested on suspicion of public disorder offences in relation to the parade.

They remain in custody at Strand Road police station.