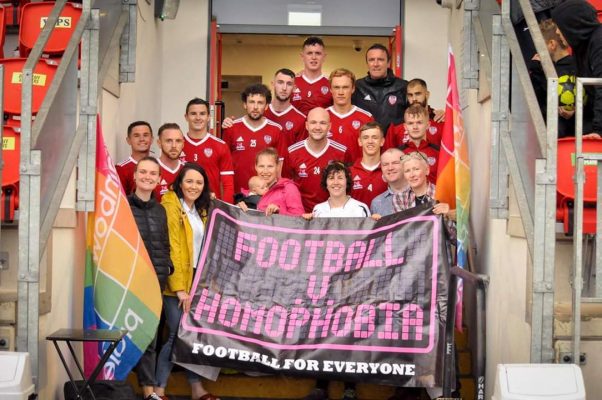 Derry City players pictured with the banner ahead of their semi-final 4-2 victory over Waterford.

Republic of Ireland International and ex-Candystripe, James McClean, also got in on the action!

This year’s 5-a-side football tournament will take place on Monday, August 19, from 5 pm to 9 pm in the Brandywell.

For more information or to register a team email eimear@rainbow-project.org

This year’s Foyle Pride parade is due to take place on Saturday, August 24 which is expected to attract thousands of people to Derry. 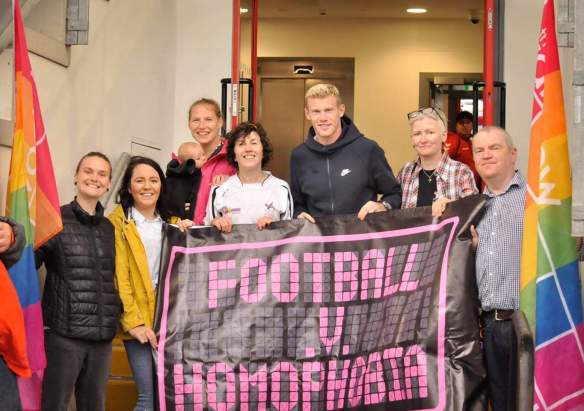