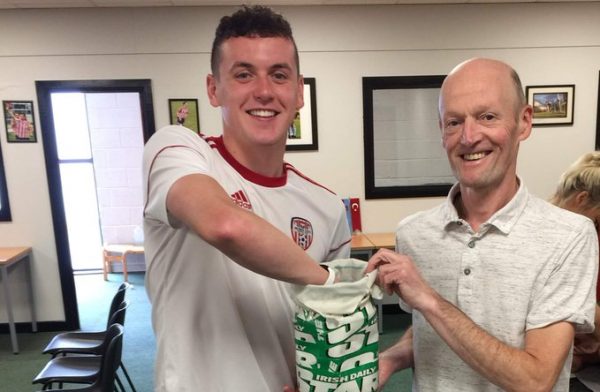 DAVID Parkhouse was on the score sheet twice on Monday night in Derry City’s emphatic win over Waterford at the Ryan McBride Brandywell Stadium.

On Tuesday night, the hero of the game was helping out with the Derry City FC Monthly Draw for July.

David and the team will be back in action this Friday, August 2, when the Candystripes travel to bottom of the leagues side UCD (kick off 7.45 pm)

A win for Derry could help them leapfrog Bohemians into third place on goal difference.

Derry will be hoping Finn Harps can do them a favour on the same night if they can beat Bohs at Finn Park in Ballybofey (kick off 8 pm).