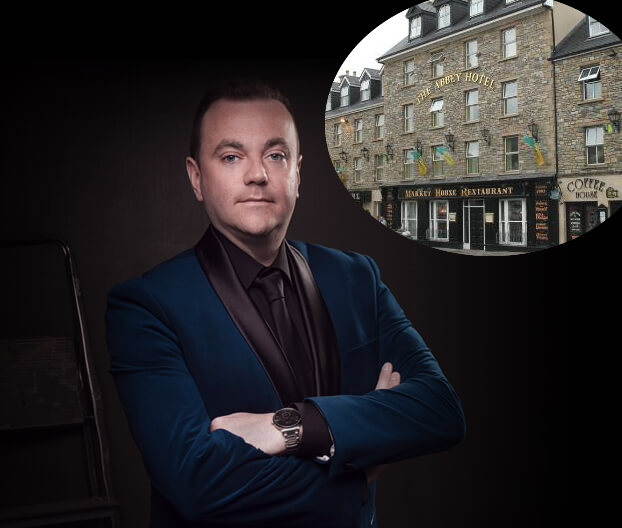 COMPETITION: Win two tickets for Patrick Feeney & his Band in the Abbey Hotel + a €50 Dining Voucher

Country music phenomenon Patrick Feeney & his Band are set to take to the stage at the Abbey Hotel this Saturday, August 3rd!

Jivers and music lovers will be flocking to Donegal Town this weekend to see the highly popular Irish country performer from 11pm. 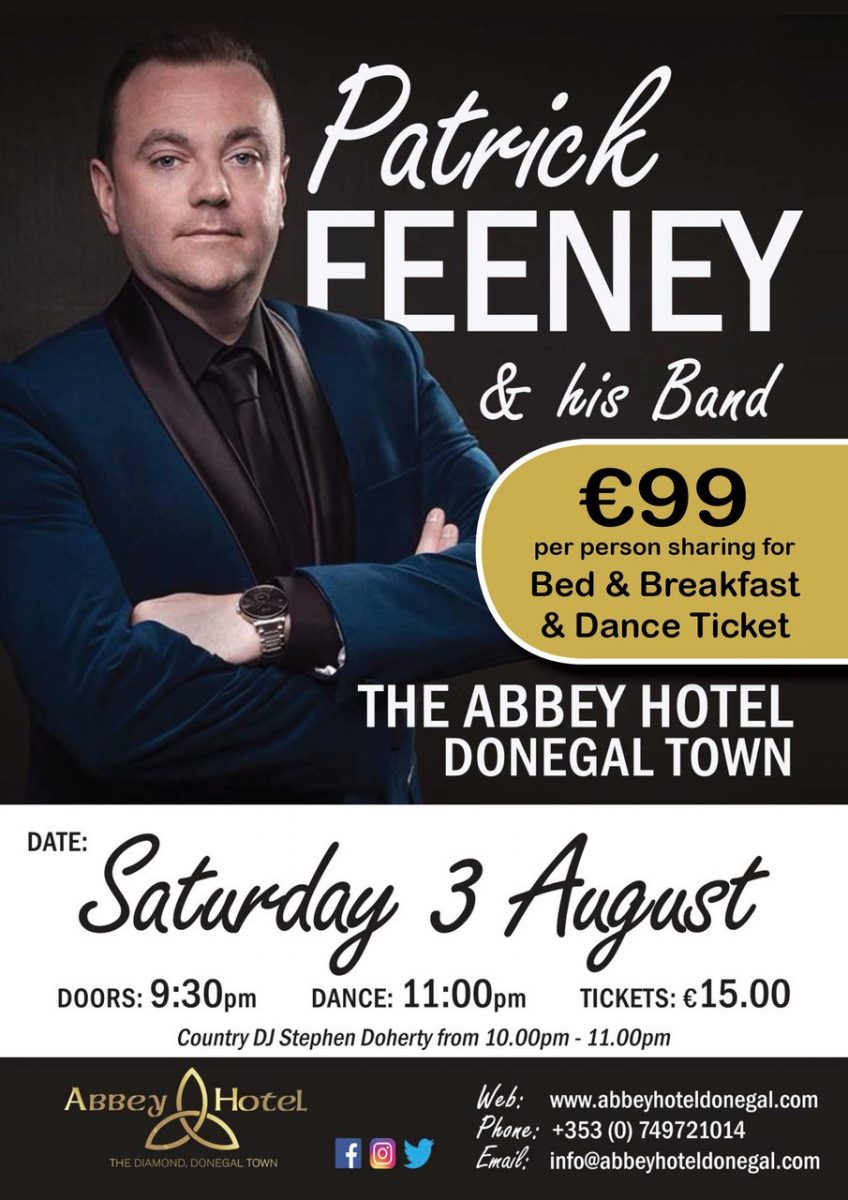 Feeney has one of the broadest repertoires of contemporary Irish country performers, with songs from Bruce Springsteen and Ed Sheeran and recastings of traditional folk favourites interspersed with more mainstream material.

Doors open at 9:30pm on Saturday, with Country DJ Stephen Doherty on stage between 10pm-11pm!

Tickets are available at reception at the Abbey Hotel for €15 or at the door on the night.