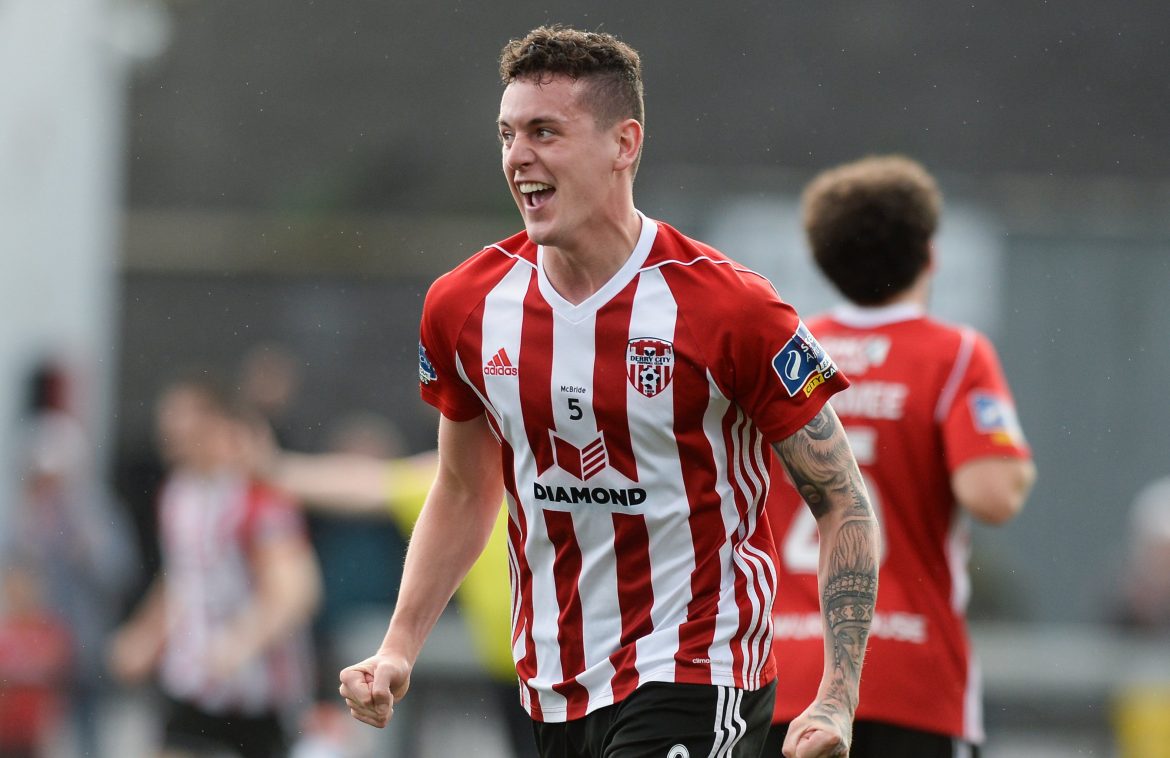 A David Parkhouse double sent Derry City to within three points of Bohemians in third as they emphatically saw off Waterford at the Ryan McBride Brandywell Stadium on Monday.

Report by Shaun Keenan at the Brandywell

It was a comprehensive performance from Declan Devine’s side following their dismal 1-0 defeat against rivals Finn Harps on Friday night last – and the exact response the Derry faithful would have wanted.

The defeat for Waterford is their 13th of the season in league competiton, the entire total they suffered in the whole of 2018.

City started at a ferocious pace and rarely relented during the first 10 minutes – Ciaran Coll missing a clear-cut opportunity from 10-yards after eight minutes.

The Foylesiders had fashioned a couple of promising moments just before the breakthrough.

Gerardo Bruna switched the play with a well-aimed crossfield ball towards the incoming Ciaran Coll, who superbly found David Parkhouse inside the penalty area.

The firm centre-forward did remarkably well to get above the charging Matthew Connor and the battling Kenny Browne to put City into the lead with a fine nodded effort.

In fairness to Waterford responded well to their calamitous start and briefly took the game to Derry.

However, two further dreadful corner routines and weak shots provided a further reminder of why Waterford haven’t been able to reproduce their form of last season.

Declan Devine’s reshaped, youthful Derry side, without the services of star player Ogedi-Uzokwe, was full of energy, especially Parkhouse.

The Sheffield United loanee showed his class again just before the interval when he shrugged off the Waterford defender before he lashed home a 25-yard shot into the top corner.

After the break, Derry maintained control in what was a low-key second half.

Parkhouse should have secured his hat-trick when Jamie McDonagh collected Ciaron Harkin’s pass out on the left and delivered a pinpoint cross into the heart of the opposition penalty area but the 19-year-old, under no pressure, couldn’t divert from 10-yards.

Somehow, after scoring two superb goals in the first half, the striker failed to do the basics as Connor pulled off a save with his feet to deny Parkhouse.

There was a bright spell for new-boy Grant Gillespie, who joined the club after an impressive week-long trial, as he charged into the penalty area only to fall at the final hurdle.

The Lone Moor Road side squandered another opportunity from inside the penalty area in the closing stages as Darren Cole planted wide from 12-yards.

In truth, it was a comfortable performance from the Candystripes as they managed to pick off a Waterford who offered very little going forward.