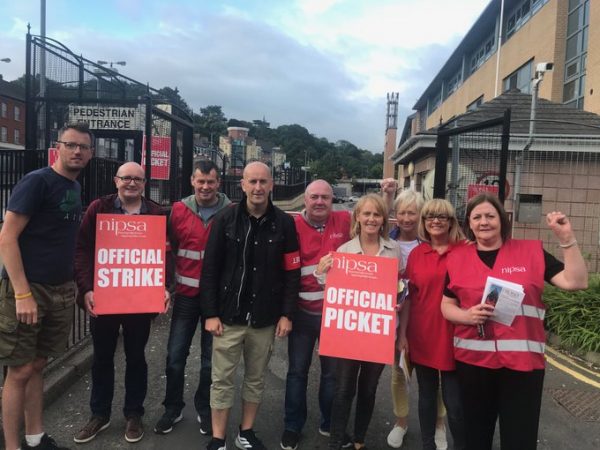 NIPSA members in Derry have come in force today to strike for better pay and conditions.

Protests were held at Foyle Jobs and Benefits Office on Asylum Road, Carlisle House on Carlisle Road and Orchard House on Foyle Street from early morning.

After the picket lines, members then set off for a rally at the City Hotel.

The 24-hour trike has been organised in relation to an imposed pay deal of 1.25% and changes to terms and conditions of employment which union officials claim have been implemented without proper and meaningful consultation.

More strikes are being promised in the coming days and week in a bid to receive a proper pay rise and better working conditions.

Speaking at the City Hotel, Carmel Gates said members were not happy with what pay was on offer.

“Our members have made it very clear that one day of strike action will not cut it. 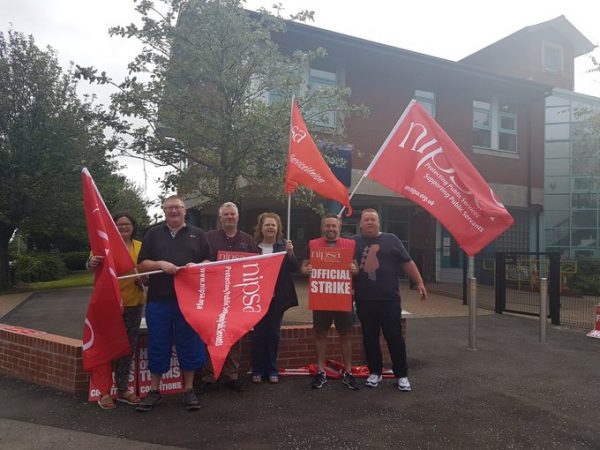 “This is a fight we intend to win and there will be more strike action and so we are going to give it all we can.”

NIPSA’s strike action has received support and solidarity from other trade unions across the North, including UNISON and the PCS.

Alison Millar, NIPSA General Secretary, who addressed members in Belfast stated: “Following a statutory ballot of members in the Northern Ireland Civil Service and their Arms Length Bodies NIPSA has served notice on the employers that industrial action will commence on Friday 26 July with a one day strike.

“This is not a decision our members took lightly however our members are angry that they have received, for the ninth year running a below inflation pay increase.”

Alison Miller claimed that in addition to this the workers “terms and conditions of employment are under attack”.

“Our members have clearly demonstrated their anger and are resolute in seeking to ensure that the employer re-opens the pay negotiations for 2018/19 and properly negotiates with NIPSA on both the issue of pay and other terms and conditions. 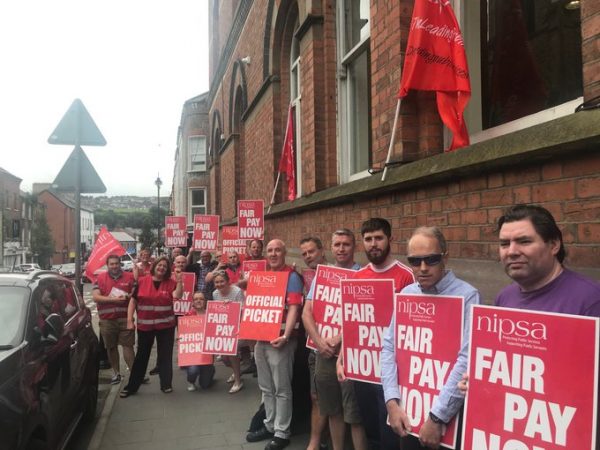 “NIPSA has had to take the unprecedented decision to lodge a Judicial Review on the lack of consultation on terms and conditions issues regarding promotion opportunities within the NICS.

“NIPSA members are clear in seeking to defend their pay, terms and conditions. They are saying loud and clear – enough is enough.

“In the last few days NIPSA has written to all political parties asking that they both meet with NIPSA and engage with the Senior Civil Service on our behalf to ensure that hard working civil servants who have kept the civil service running in the absence of the Assembly are appropriately rewarded.

“The public will be shocked to learn that the lowest paid civil servants had to get a slightly higher pay increase – not because of the generosity of the employer – but to ensure that civil servants were not paid below the national minimum wage.” 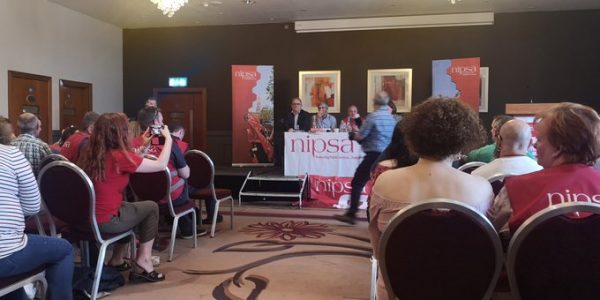 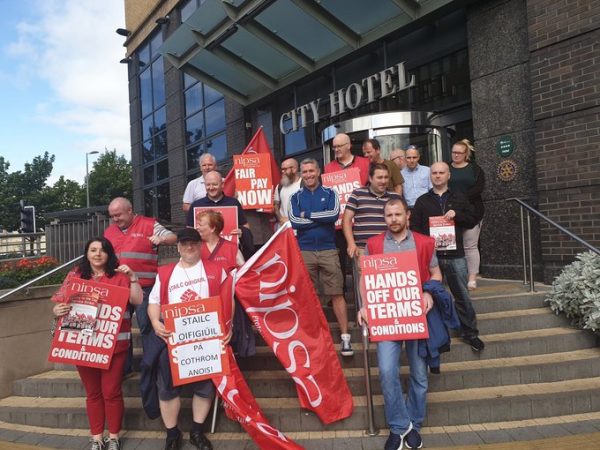 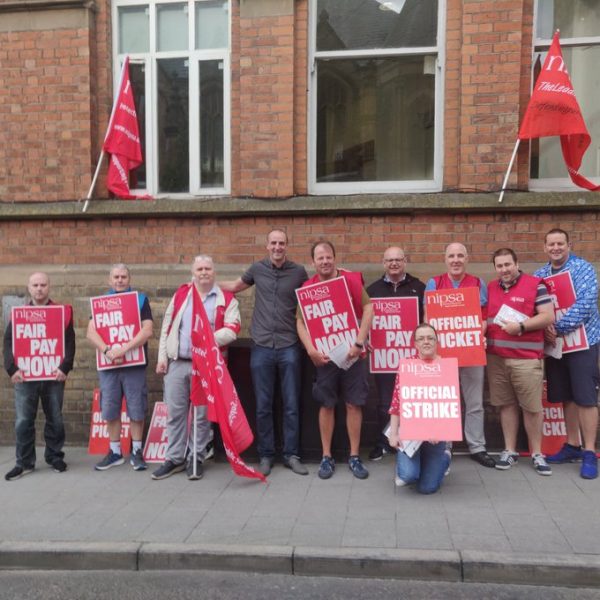 NIPSA members out in force in Derry striking for better pay and conditions was last modified: July 26th, 2019 by John