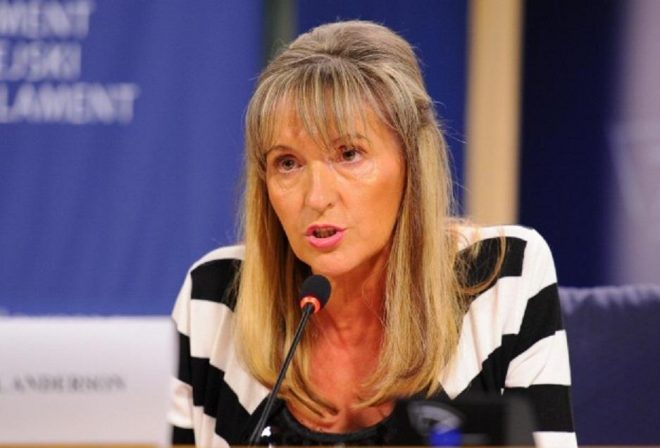 SINN Féin MEP Martina Anderson said she is shocked by the callous position of the Irish government on asylum and migration reform in the EU.

Speaking after a meeting with the North West Islamic Association, Martina Anderson said:

“I’m honestly shocked by the comments made by Minster for Justice Charlie Flanagan on this issue.

“The Irish government’s stance is callous and short-sighted.

“There are two issues here: Most importantly, our moral obligation to help those desperate people risking their lives fleeing across the Mediterranean. Secondly, the Irish government’s disregard for the needs of our European neighbours.

“The humanitarian crisis that has been unfolding in the Mediterranean is not something we can go on ignoring. Europe needs a functioning migration and asylum system and that means responsibility sharing with other EU countries.

“We should do our fair share. And, the Justice Minister excusing Ireland from this based on the broken direct provision system is unacceptable. The Minister reminding us of his other failures isn’t a reassuring justification.

“Countries in the south of Europe, such as Italy, Greece and Malta, have been left to shoulder the vast majority of the burden. They are looking to other EU countries for solidarity.

“Britain has been relentlessly trying to leverage their advantage as a vital trading partner with other EU member states to garner support in Brexit negotiations.

“This has not been successful because other countries have stood firm and continued to support Ireland.

“Now that the roles have been reversed, and other countries need Ireland to show solidarity with them, the message out of Dublin is loud and clear.

“Ireland is a fair weathered-friend.

“Not only is the Fine Gael government continuing to fail refugees and asylum seekers, they are dismissing the concerns and needs of other EU member states at a time when we are relying so heavily on their support to deal with the reckless Tory Brexit.”

MEP shocked by Flanagan’s ‘callous position’ on asylum and migration reform in EU was last modified: July 21st, 2019 by John