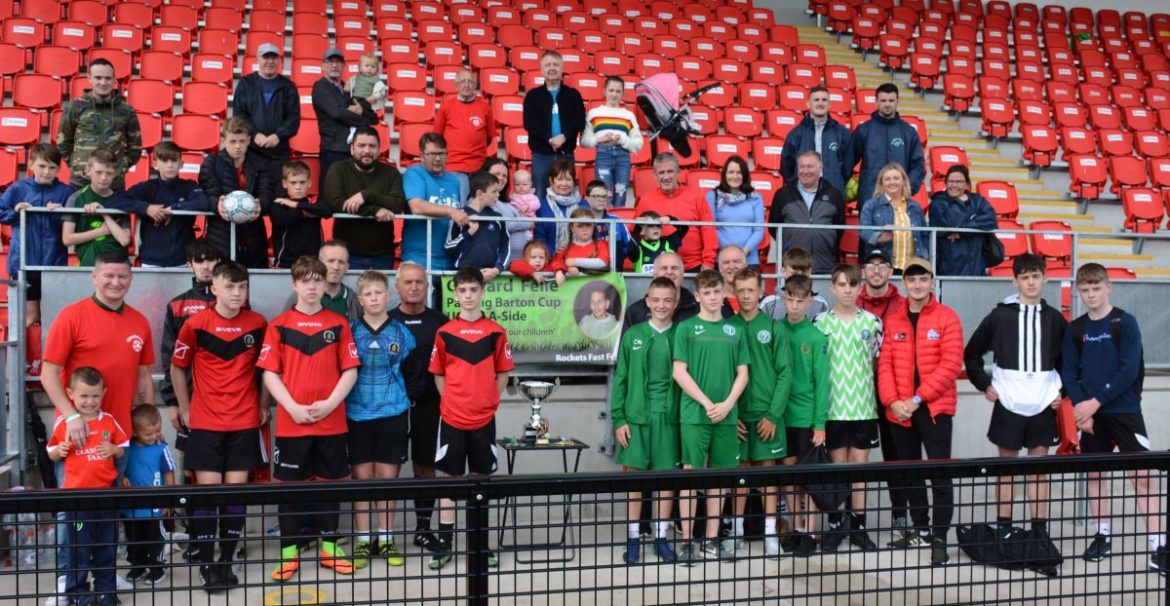 AS part of the Gasyard Féile 2019, the annual junior football competition will take place in memory of young Derry man Pádraig Barton.

The competition and Final will take place on Tuesday, August 13, in the Brandywell Stadium.

The competition has been organised by the Bogside and Brandywell Monument committee.

A spokesperson said: “We are really excited this year to be playing the Final in the Brandywell Stadium. It’s a great for the young players to be given the opportunity to play on the new pitches.

“Any enquiries please feel free to contact Charlie McMenamin at the Gasyard centre on 02871 262 812, and leave contact details, teams from all areas are welcome.

Padraig Barton, who was an 18-year-old student, died in hospital in June 2010 after he was hit by a car on the Letterkenny Road in Derry.

Mr Barton was a pedestrian and was hit by the car near Nixons Corner.

The teenager was a member of Ogra Shinn Fein, the youth wing of Sinn Fein in the city.

At the time, the then deputy first minister Martin McGuinness paid his own personal tribute to Mr Barton.

“I have known and respected the Barton and Keenan families for many years and they have played a very influential part in the life of the community and republican politics in Derry,” said Mr McGuinness.

“Padraig, event though young in years, made his unique contribution through his involvement with republican youth groups in the city.”