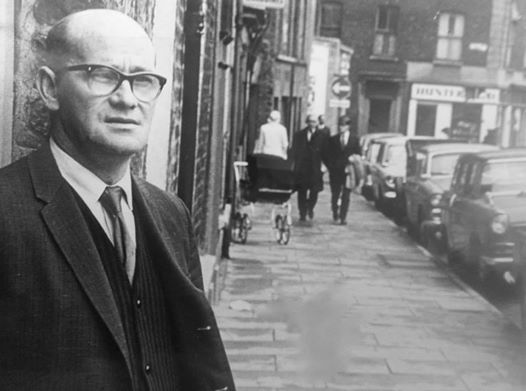 A minute’s silence will mark the death of one of the first victims of the Troubles this evening, Wednesday, July 17.

The mark of respect, at the memorial in Derry to Sammy Devenny, will follow a Mass.

The Mass is being celebrated at 7.30 pm at St Eugene’s Cathedral.

Following the Mass and minute’s silence a reception with refreshments will be held at Pilot’s Row community centre.

There will also be a screening of a short film made by the Devenny family marking the anniversary.

The family are asking local elected representatives, families affected by the conflict, and the Derry public to join them at these events.

His death came around three months after a crowd of RUC men burst into his William Street home and assaulted him, some of his children and others present in the house at at the time.

Widely regarded as one of the first victims of the Troubles, Mr Devenny was a father of nine and worked as an undertaker and driver at the firm of McClafferty and Sons.

An investigation into the assault was carried out by a senior officer of the Metropolitan Police in 1970.

However, the complete investigation files have never been published in fill.

In 2012, the Metropolitan Police locked two files pertaining to Mr Devenny’s case until at least 2022, denying .his family the truth for justice over his killing