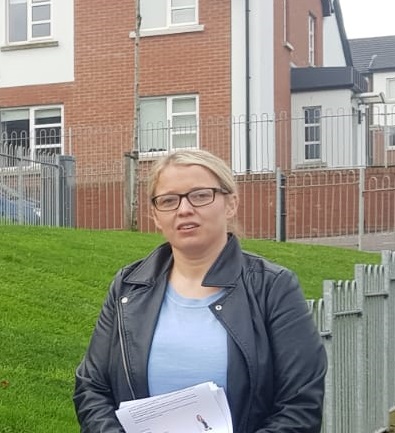 SINN Féin Councillor Tina Burke has appealed for dumping on rural roads on the outskirts of Creggan to stop and called on the Council to take action against those involved in this dumping.

She was making her comments after being contacted by constituents with complaints that a large amount of wood and other materials had been dumped at the side of the Glassagh Road.

Said Councillor Burke: “This large amount of wood must have been transported to the area in a lorry or a van.

“A lot of this looks like the contents of an old building getting cleared out and other left-over building materials.

“I would appeal to people to desist from this practice immediately and have a bit of respect for the local community and the environment.

“And I would also call on the Council to take action against anyone involved in this type of dumping.

“Creggan is not a dumping ground and this type of behaviour should not be tolerated,” she added.