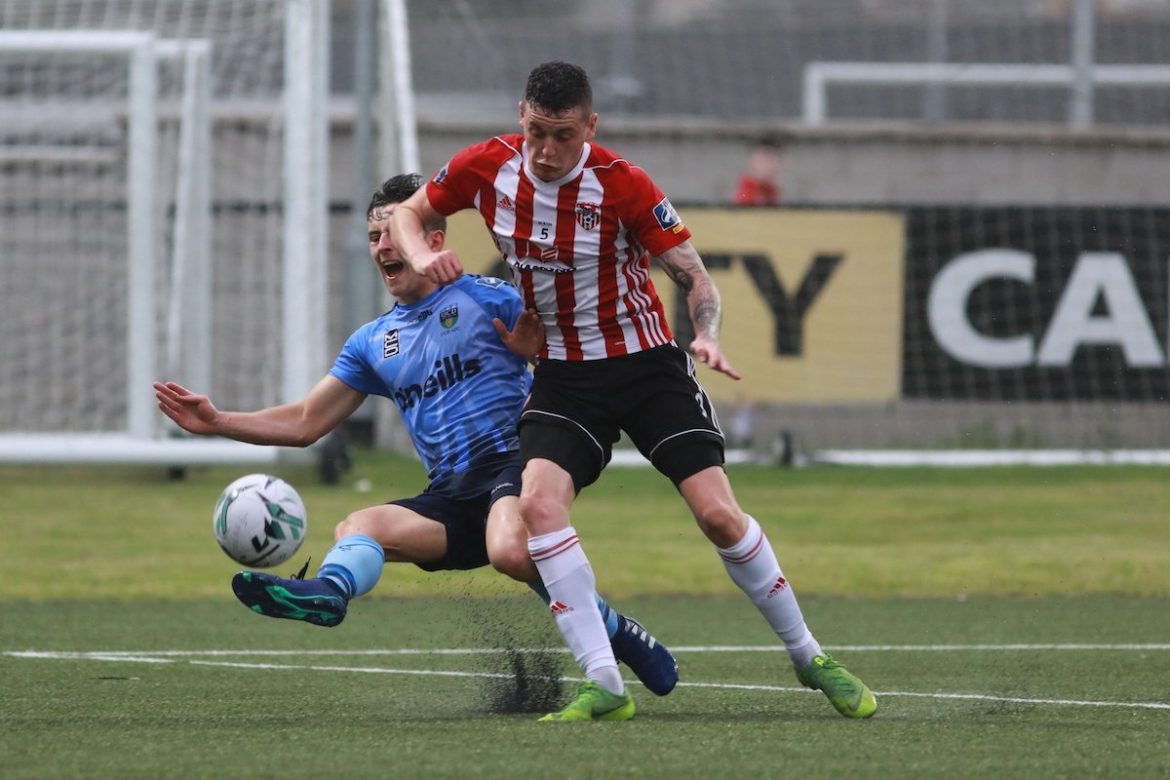 UCD EARNED their first away point of the season with a valiant performance against Derry City at the Ryan McBride Brandywell Stadium on Friday night.

It proved to be a huge display from Collie O’Neill’s side who lifted themselves off the bottom of the league table on goal difference over Finn Harps – with two games less played than Derry’s nearest neighbours.

For Declan Devine and company – their sluggish performance put a dent in their European ambitions for next season – they now lag five points behind Bohemians in third place.

In the opening 10 minutes, UCD thwarted the home side before David Parkhouse got beyond the Students defence and he should have done better from close-range.

UCD had fashioned a couple of promising moments just prior to the interval, but they failed to divert beyond Peter Cherrie.

After an uneventful and error-strewn first half, Declan Devine’s masterplan for the visitors took another blow when Darren McCauley walked off with a slight knock following a collision with UCD goalkeeper, Conor Kearns, after the hour mark. 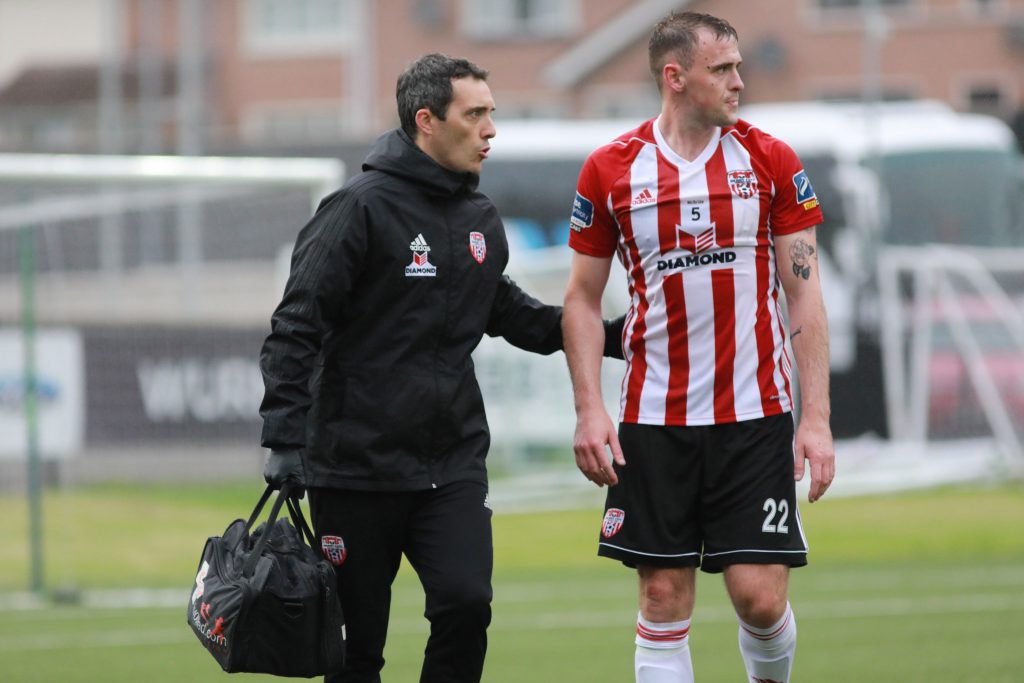 Darren McCauley hobbled off in his second appearance for the Candystripes

The absence of Barry McNamee and Junior Ogedi-Uzokwe for City was a clear indication of their struggle as they failed to register a single shot on target in the opening 20 minutes of the second half.

And for all of Derry’s attacking talent, the second top goalscorers in the league, it was strong performances from the UCD defence, throwing themselves to try and block every cross and shot, that marked this performance.

However, the home side, with no other choice, went all-out attack and they almost snatched the lead after 71 minutes when Jamie McDonagh’s charging cross almost ended up in the UCD net.

The wide-player had been Derry’s shining lights in the fixture, with his cross almost propelling into the top corner, if not for a strong intervention from Kearns.

Other chances presented themselves for Derry but they failed to take them as UCD held firm in a superb defensive display.