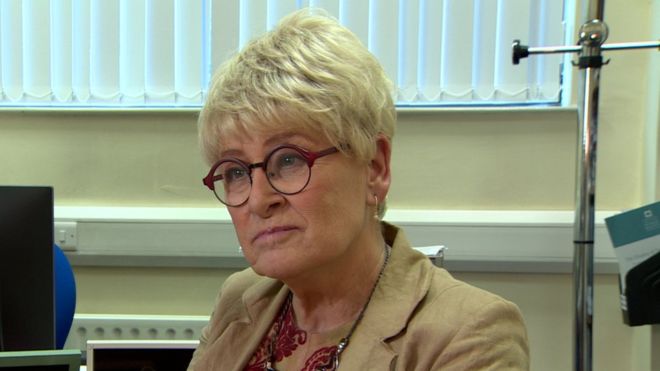 A transgender Derry woman has settled a case against the Department for Communities to back pay state pension entitlements.

Frances Shiels, 67, was entitled to her state pension in May 2014, years earlier than she would have as a man.

However, as she had transitioned she needed proof that she was a woman.

To do this, she was required to obtain a Gender Recognition Certificate to legally change her gender and get a new birth certificate.

However, in Northern Ireland, unlike the rest of the UK, a person cannot receive such a certificate if they are married.

As Frances was, she needed to get a divorce first.

When Frances eventually received her Gender Recognition Certificate in May 2015 and applied for her state pension, she was told it would only be backdated to the date of the certificate and not the date she was entitled to start receiving her state pension.

This resulted in nine months of missed payments and the financial loss forced Frances to take the case.

“Society in general discriminates, however unconsciously, about being transgender and I suppose this case that I took is an example of that in that I took it quite personally that as a genetic female I would have been allowed to claim my state retirement pension from age 63,” she said.

“When I went to do that, I discovered that it could not be backdated until then because of my late transition and my inability up until then to get a Gender Recognition Certificate.

“I had never really thought of going for a Gender Recognition Certificate because I was in a marriage and I took those vows very seriously and it was not until the need for other people as well as myself to get that divorce that I was able to embark on that recognition process.”

Frances did not start her transition until she turned 60.

“I had more than enough contributions to claim my state pension as a woman and I did not see why I could not claim it at the same age as every other woman,” she said,

She approached the Human Rights Commission to help fight her case.

“As transgender individuals we are not looking for additional rights or anything more favourable than anybody else in society,” she said.

“However it is very, very important that those rights that we do have are enforced. For me it is not enough to be tolerated.

“I want to be accepted and respected in the same way as you would expect.”

Les Allamby, chief commissioner of the Northern Ireland Human Rights Commission, backed Frances’ case as “we felt it was discriminatory”.

“It’s yet another example of a legislative change we need to make once the assembly and the executive is reconvened,” he said.

A spokesperson for the Department for Communities said they noted the statement from the Northern Ireland Human Rights Commission, “however the department does not comment on individual cases”.