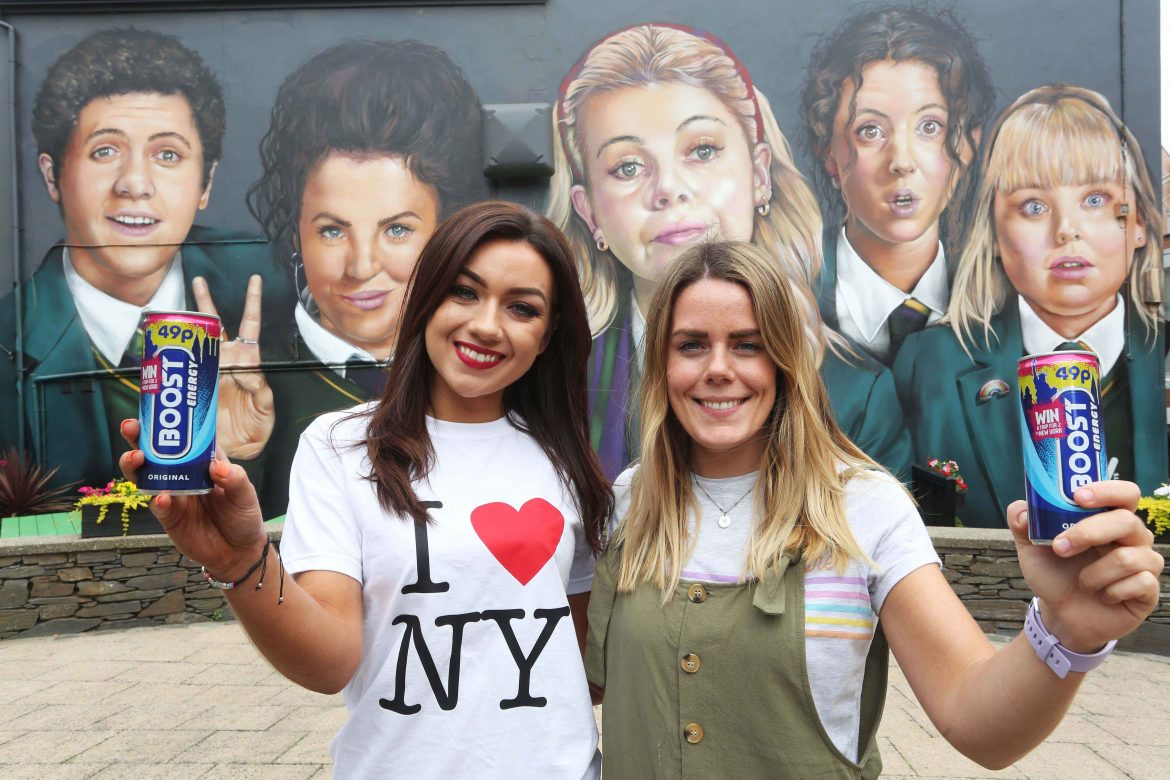 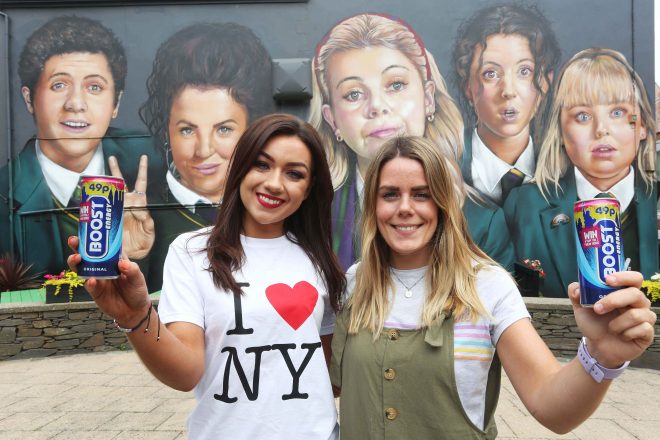 BOOST Drinks took to the streets of Derry city centre to celebrate the launch of the company’s biggest ever summer campaign.

Fans of the North of Ireland’s best-selling soft drink* could be jetting off on a holiday to New York City or taking home a host of other daily and weekly giveaways, including BOSE® Wireless Speakers and shopping vouchers when they take part.

To make this summer one to remember, customers are invited to ‘snap’ a code, using Snapchat, from cans of Boost Original Energy and Boost Sugar Free to take part in the competition.

For more information and to find out how you can win some exciting prizes go to Boost Drinks NI on Facebook.

Pictured from l-r is Boost representative Jillian Frew and Nuala Gill from Derry. 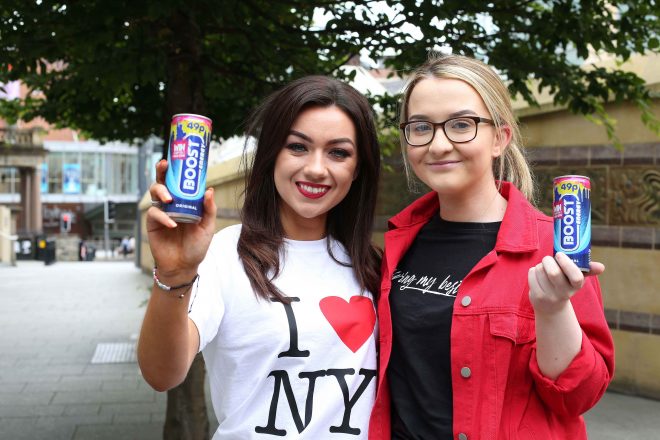 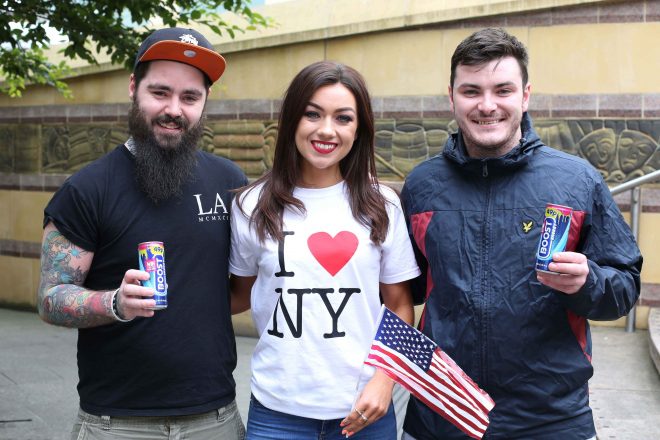 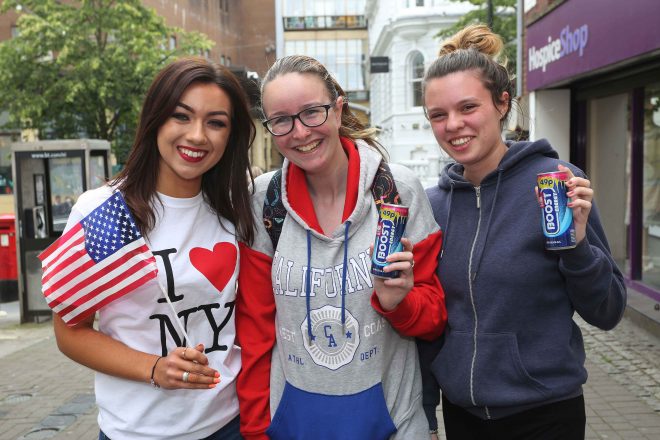