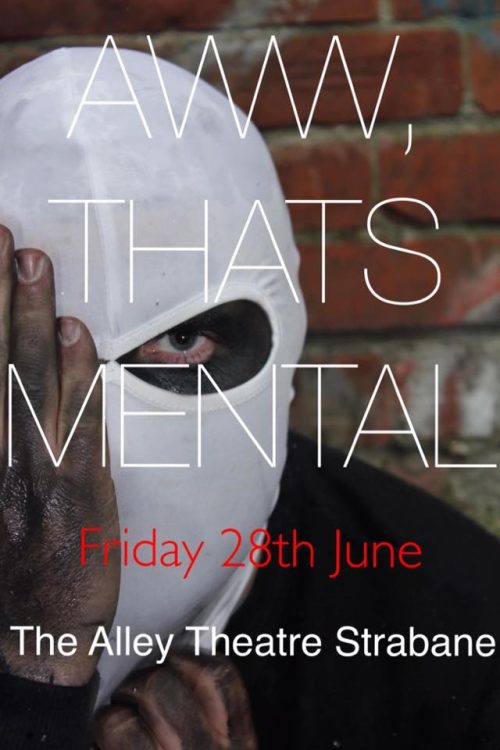 LOCAL singer songwriters Liam Cannon & Darren Doherty – as well as Danny McCay from The Anchor and Rose Tattoo Parlour – were delighted to present a cheque worth £450 to The Koram Centre in Strabane this week at the Alley Theatre in memory of Damien McGrath.

The funds were raised through a raffle held by The Anchor and Rose Tattoo Parlour with four winners receiving vouchers for tattoos.

The raffle winners were picked ahead of Liam Cannon’s ‘Aww That’s Mental’ gig last Friday evening at the Alley Theatre.

As part of the Youth 19 ‘Rewire Festival’, ‘Aww That’s Mental’ was a night of local bands coming together to raise awareness of mental health and drug addiction.

Liam Cannon, a recovering drug user shared emotional and inspiring personal stories with the audience about his experiences and recovery to date.

Some of the performers also spoke about their own experiences with mental health.

Liam Cannon said: “I am delighted to be presenting this cheque to The Koram Centre. After another successful year of ‘Aww That’s Mental’, it proves when people come together, the possibilities are endless!

“What better way to raise awareness of mental health than to involve the young talent of Strabane and the incredible headlining act of Darren Doherty and The Heathen Choir.

“This year we had a bit of everything – original music from the talented singer songwriters Hughie Doherty and Fionnbarr and Siánna, and a ballet performance from the memorising Eloise Downey.

“The show would not have been possible without Danny McCay and the rest of the team at The Anchor and Rose Tattoo Parlour, Marty Gallen and Anoop Guram from the Strabane Chamber of Commerce, Damian Caldwell, the wonderful staff of The Alley Theatre and all those who attended!

“We really felt we had the community behind us to create the show to begin with – and were privileged to have the opportunity to build upon that for the second time.

“We will also hopefully continue to do the same in the years ahead in terms of raising awareness of the important issues of mental health and addiction – as an event like this can have such a positive impact on the local community.”