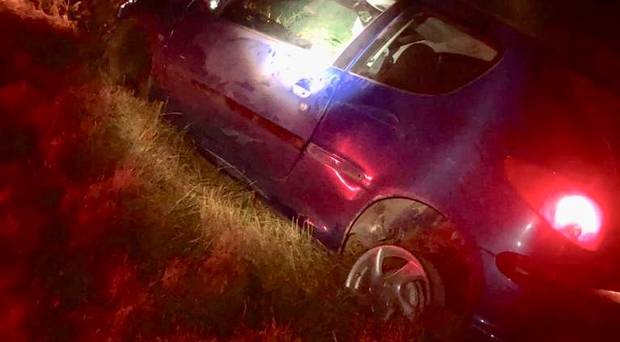 POLICE in Magherafelt arrested a man driving a car with no tyres after a tip-off from a member of the public on Saturday night.

The man was seen driving the car between Portglenone and Bellaghy on its rims with visible damage.

Police responded to the incident after a member of the public contacted them with a description of the driver, the location and the registration of the car.

The car was discovered by police after a crash and the driver was arrested for driving whilst unfit through drink and/or drugs.

“Another potential killer off the roads,” the spokesperson road.

Man driving car with no tyres arrested in Co Derry after tip off was last modified: July 8th, 2019 by John