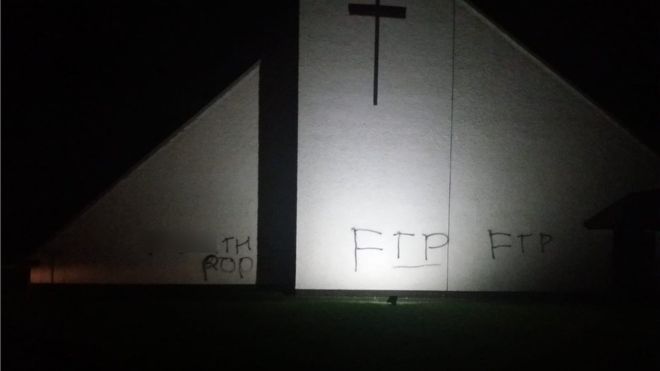 POLICE have launched an investigation after sectarian slogans were sprayed on the walls of a Catholic Church in Co Derry.

The offensive slogans appeared on the walls and doors of St Anne’s Oratory on Garvagh Road in Kilrea.

It was reported to police shortly before 01:00 BST on Saturday and Insp Stephen McCafferty said it is being treated as a “sectarian hate crime”.

Sinn Féin councillor Sean Bateson said parishioners were “incensed” by the graffiti and called for those responsible to be brought to justice.

Mr Bateson said he visited the parish priest on Saturday offer his support and added that the graffiti has since been removed.

“I would call on anyone with any information on this hate crime to bring it forward to the PSNI,” the councillor said. 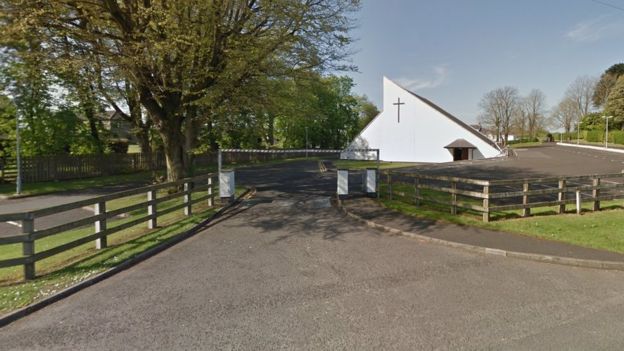