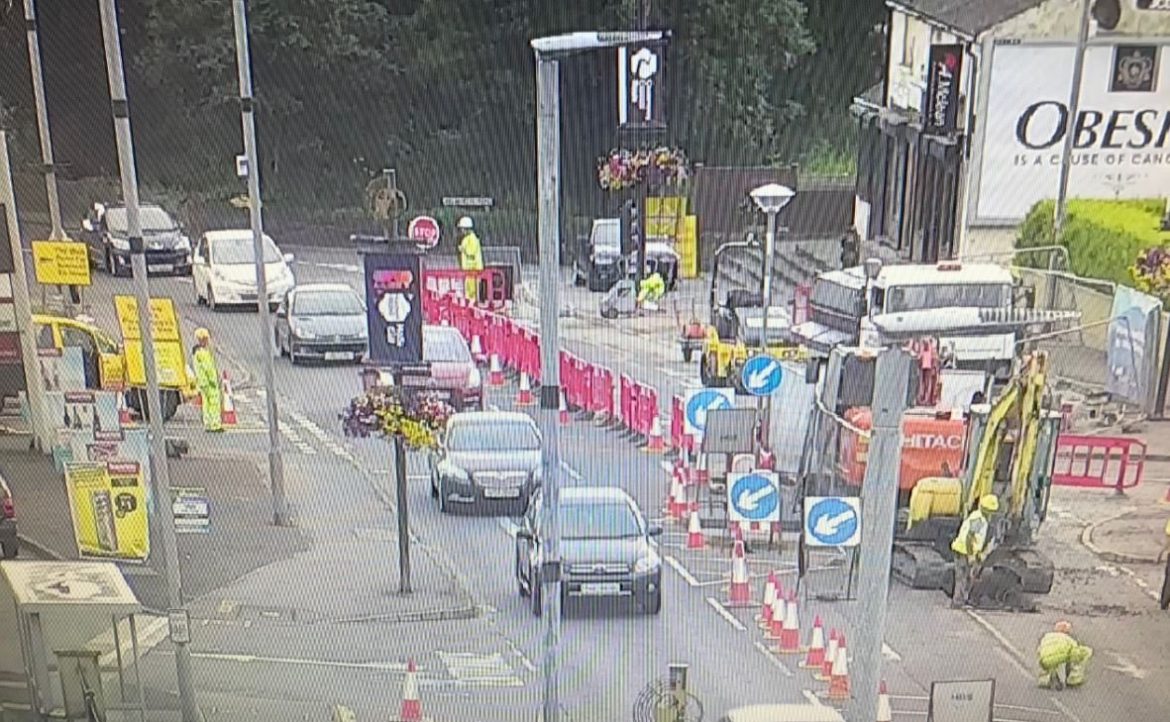 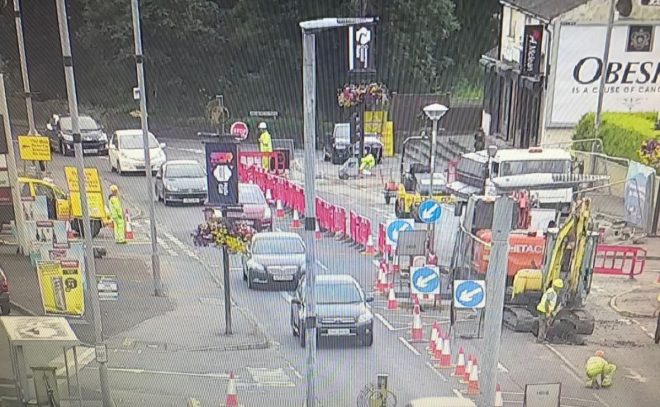 ROADWORKS and diversions across the North West have been described as “farcical” and an “utter shambles” by a local DUP MP.

Gregory Campbell has written to the permanent secretary of the Department for Infrastructure to request action over the “ludicrous” issue on the roads between Derry and Limavady.

He slammed the department for the detours, which he said has forced drivers to go out of their way on roads and which lead onto other road works.

Mr Campbelll said it had now reached “farcical proportions” where roads between Derry and Limavady are being worked on “to such an extent that other roads which could have been, and were being used to bypass the now notorious Ballykelly storm sewerage system works are also being worked on at the same time”.

Said Mr Campbell: “The ludicrous position presently is that motorists who could have used the Baranailt Road at Claudy to bypass Ballykelly cannot do so as a result of the work on the Dungiven to Drumahoe dualling.

“It has now transpired that even when drivers continued along the Glenshane Road to avoid those roadworks to access the Baranailt Road at a further turn off, are this week faced with further road surfacing works on this road, necessitating yet another lengthy diversion,” he said.

The Department for Infrastructure said the work was essential for improvements to be made but they were working to minimise disruption with some works delayed and others specifically planned for the quieter summer months.

A spokeswoman said: “The public road network plays a vital role in promoting the social and economic well-being of Northern Ireland, as 99% of people and freight movements are made by road.

“As far as possible the Department aims to keep disruption on the strategic network to a minimum and as such other works planned for the A2/A37 corridor between Greysteel and Coleraine were completed in advance of the current works or have been delayed until the NI Water work in Ballykelly has been finished.

“Due to the nature of the works at Ballykelly and Baranailt Road near Claudy it was not possible to delay further.

“Other work on Irish Green Street and Rathbrady Road has been purposely timed to be carried out during the summer period to avoid disruption to local schools.”

She added: “Work is continuing on the A6 Drumahoe to Dungiven dualling scheme which represents an investment in the region of £220 million.

“The project is constructing a high standard dual carriageway, including a bypass of Dungiven, with roundabouts connecting the scheme to the existing road network at either end.

“The A6 is a strategically important route as it connects the North West to Belfast and beyond.

“The existing road carries around 15,000 vehicles per day and with traffic levels continuing to grow, this very significant investment will greatly improve road safety and reduce journey times.

“Once completed these projects will provide significant benefits to the local community by enhancing the road network for all users and by upgrading the sewerage network,” the spokeswoman concluded.