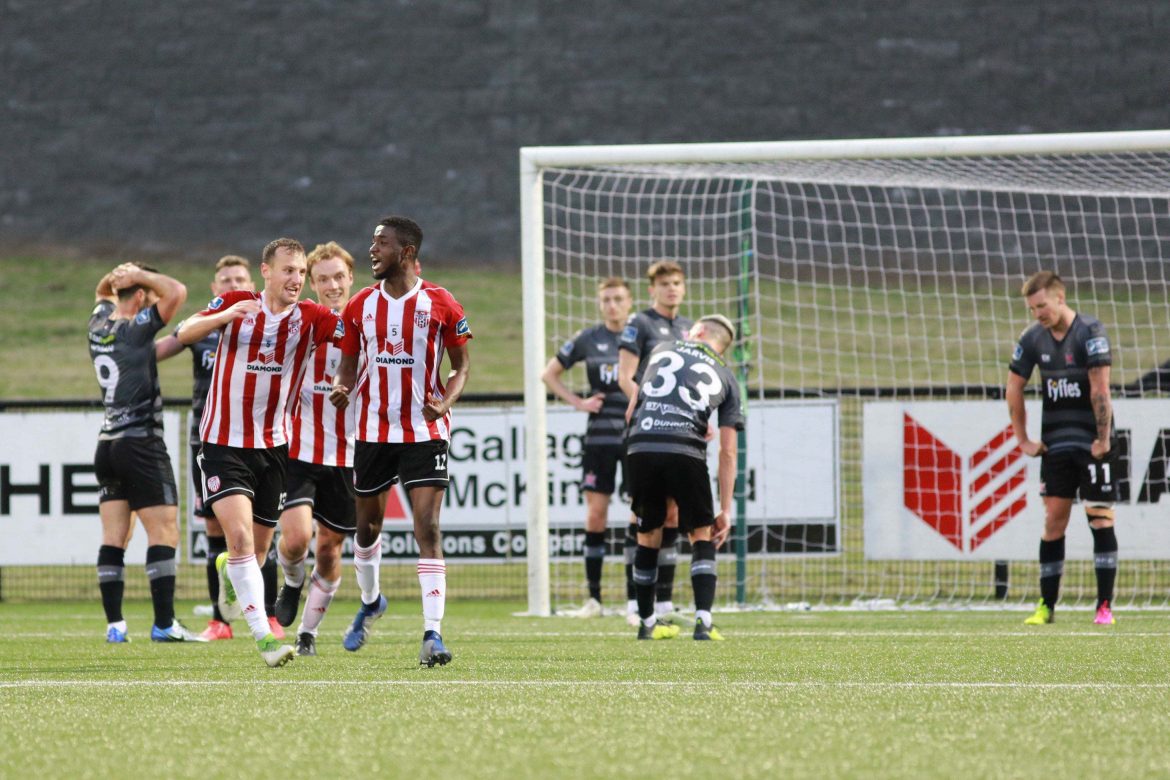 Derry City continued their charge for European football for next season as they played out a thrilling 2-2 draw with Dunldalk at the Ryan McBride Brandywell Stadium.

It was a testing affair for the league leaders ahead of their crucial Champions League qualifier against Latvian outfit Riga on Wednesday.

Patrick Hoban looked to have secured all the points for Dundalk after 90 minutes but a Junior Ogedi-Uzokwe equaliser from a corner-kick deep into injury sent the Brandywell into a frenzy.

After controlling the first 20 minutes of the first half, Dundalk gifted Derry the lead when Chris Shields cheaply conceded possession to Junior on the edge of the area.

And with David Parkhouse unmarked inside the penalty area, the City striker made no mistake in front of goal to open the scoring and secure his eighth season.

After Parkhouse gave Derry City the lead a crazy, chaotic second half laced with drama ensued.

After the break, Dundalk looking for a response, fired back almost immediately through former Derry youth player Georgie Kelly.

But it was the final five minutes that proved decisive.

On the cusp of injury time, Hoban, lurking free inside the penalty area, sent a thunderous header beyond Cherrie, stunning the Brandywell faithful in what looked to be winning goal.

However, unrelentess in their belief, Declan Devine urged his men forward in search of an equaliser and they found it as the night ended in high drama.

However, in a flash, Junior Ogedi-Uzokwe had scored, the Brandywell was rapturous and Derry had secured a valuable point in their search for European football.