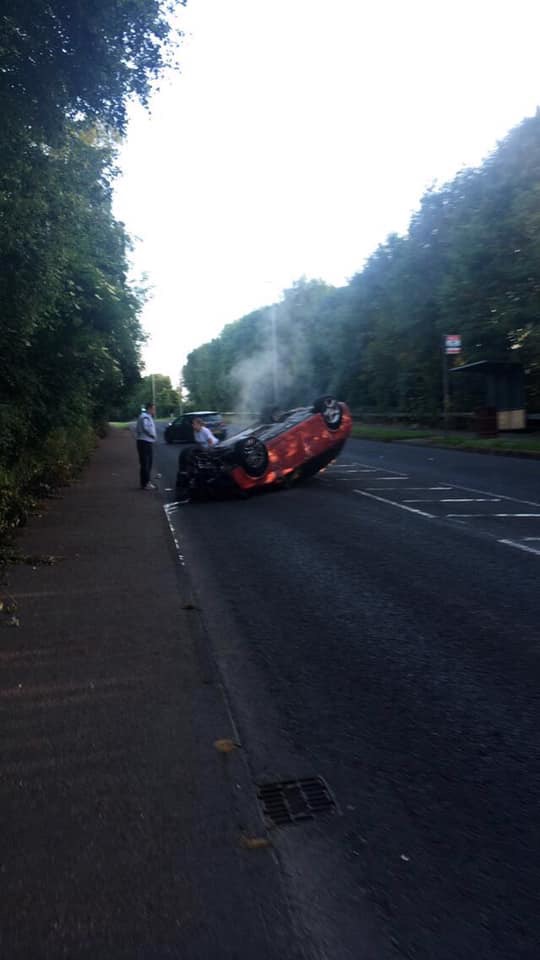 SDLP Councillor Shauna Cusack has expressed her concern at reports of an early morning car crash outside Hatmore Park and shock that no one was injured.

The incident involved a suspected ‘run around’ car and two people cheated injury in the crash and fled the scene.

Said the Foyleside councillor: “I have spoken to an eye witness who states that the car hit the traffic island at Hatmore.

“It then hit two lamposts before overturning at around 6 am this morning.

“A man and woman existed the car and appeared to be unhurt but under the influence.

“Luckily no one else was involved.

“According to the PSNI no one was at the scene by the time they arrived.

“The origins of the car are also dubious as the registration is not matching the information they have.

“This suggests it could have been a run around and so far it has not been reported stolen.

“I would appeal to anyone with any information to get in touch with myself or the authorities.

“People who have no care for the safety of others or themselves need to be taken of our roads.

“This could have been a very tragic situation had the road been slightly busier,” added Cllr Cusack.