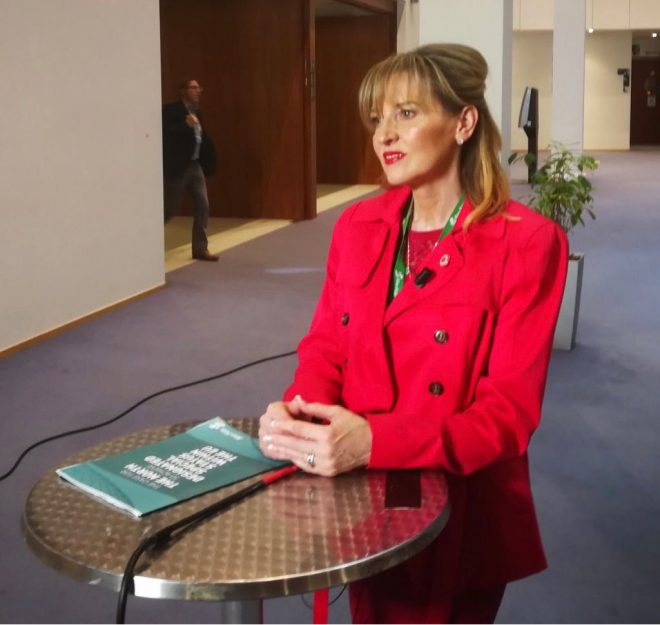 SINN Féin’s Martina Anderson has expressed concern at an EU ruling that titanium dioxide will not be adequately regulated despite being a suspected cause of cancer.

Speaking from Strasbourg, the party’s MEP said: “Titanium dioxide is a common ingredient found in many products such as toothpaste, sunscreen, and even food. The failure to adequately regulate it represents a victory for industry lobbyists.

“The EU’s own Chemical Agency has labelled it a ‘suspected carcinogen’ when inhaled. Despite this, the Commission and member state officials decided this substance should not be banned or even restricted.

“This failure is truly alarming, yet sadly it is not surprising.

“Lobbyists are given far too much access to EU decision-making and have outweighed the voices of NGOs and trade unions who have advocated for the public interest and raised issues of human health and a safe environment.

“The only protection we are given is that when in a pure powder form it needs to be clearly labelled as potentially causing cancer.

“Yet, if it is in a spray, companies do not have to warn the public of its cancer causing properties. This glaring loophole is no accident.

“The North voted to remain in the EU.

“But we voted to stay in an EU that leads the way in setting standards.

2We need to make sure the EU lives up to that. We need to push back against corporate lobbyists.”