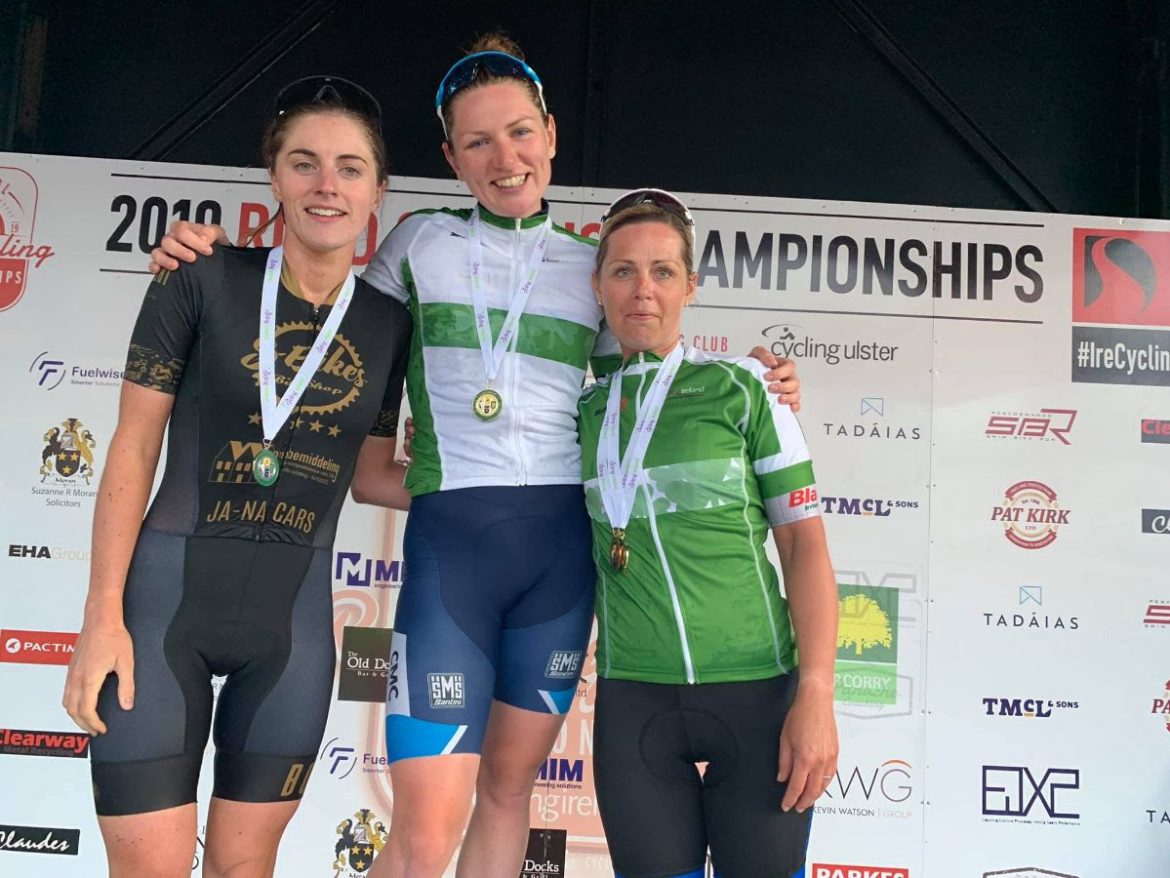 Alice Sharpe has justified her pre-event favourite’s status by taking victory in the Irish National Road Race Championships in Derry/Londonderry.

Sharpe, the 2018 bronze medallist, was the strongest in a three-rider breakaway group which detached itself from a select group of favourites on the second of five laps of a challenging 21km course.

Also with Sharpe and Cotter was the best of the locally-based riders Katharine Smyth of Ballymena Road Club and the leading trio worked well to establish an advantage of over a minute.

It was a difficult afternoon for reigning champion Eve McCrystal of Strata 3 Velorevolution who suffered an early mechanical and found herself chasing the race from then on.

They initially reduced the deficit before the gap started to increase once more and Murphy attacked the chase group to ride across to Sharpe, Cotter and Smyth.

The double national time trial champion closed a gap of over a minute as the heavens opened and a torrential downpour added to an already epic day.

Murphy made the junction as the group behind dwindled in size but the Storey Racing Rider would pay for her efforts in the closing stages as Sharpe piled on the pressure.

First Murphy was distanced and then the hopes of the Ulster crowd were dashed as Smyth’s challenge began to wilt.

The former National Road Series champion almost made it back on after the final assault on Fincairnberg on the final lap but Sharpe and Cotter worked well the ensure it would be a match race to the finish line.

Through the final corner, racing to the finish line side by side, Sharpe proved the more powerful, drawing clear in the final steep 100-metre rise to the line to take her maiden national road race title and have the honour of wearing the national colours in UCI racing for the next 12 months.

Smyth followed in the third to take the bronze medal and the Masters National title.