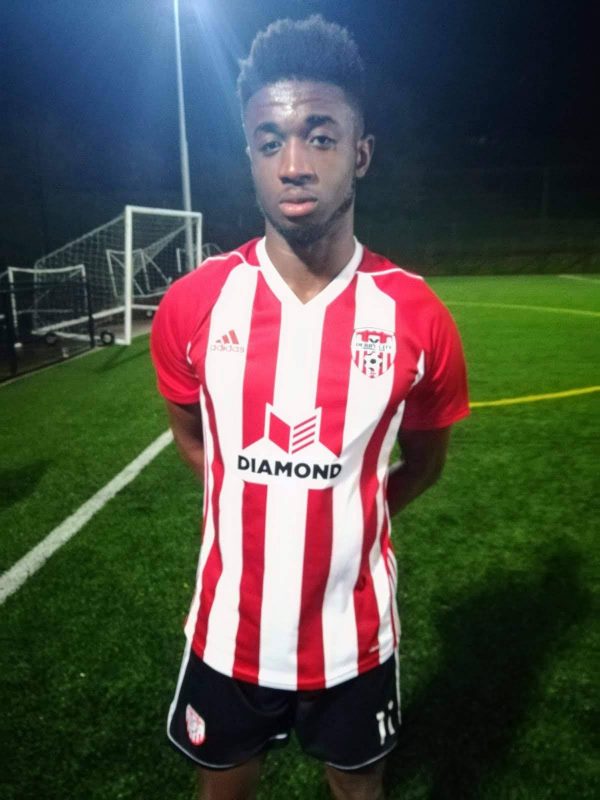 DERRY City ran out comfortable 4=1 winners on Friday night after Junior’s treble helped the Candystripes to a 4-1 league victory over Cork City at Turner’s Cross.

The forward set up David Parkhouse for an early opener before tucking in number two for the visitors.

Junior saw his 30th minute penalty saved by Mark McNulty but he followed up to net the rebound.

Cork’s Daire O’Connor was sent-off and Junior headed in to seal his treble for fourth-placed Derry before a late Graham Cummins consolation.

It was Derry’s first game in over a month but they showed no of rustiness as they inflicted Cork’s biggest home defeat since 2010.

Parkhouse struck first on 11 minutes by steering in after Junior fired across the Lessiders goal.

The hosts made a strong response with Cummins firing wide before keeper Peter Cherrie made a good save from Gearoid Morrisey’s strike.

It was a brief period of Cork dominance with Derry going on to seize control and add to their tally.

A penalty was awarded four minutes later for Conor McCormack’s handball and Junior found the net at the second attempt.

Cork’s hopes of a comeback ended with O’Connor’s dismissal for two yellow cards early in the second half.

Junior connected with Jamie McDonagh’s cross for Derry’s fourth on 65 minute and the game had fizzled out when Cummins headed in from a corner in the dying minutes.

Derry City’s 4-1 win is their biggest ever away win over Cork City.

They did score four once before in this fixture, a 4-2 win on 11 September 1994 — played at Bishopstown — with Peter Hutton, Liam Coyle, Stuart Gauld (pen) and Pascal Vaudequin the scorers

Derry are back in action on Monday night with a visit to Bohemians, who remain seven points above the Candystripes in third after beating Waterford 2-1 on Friday night.