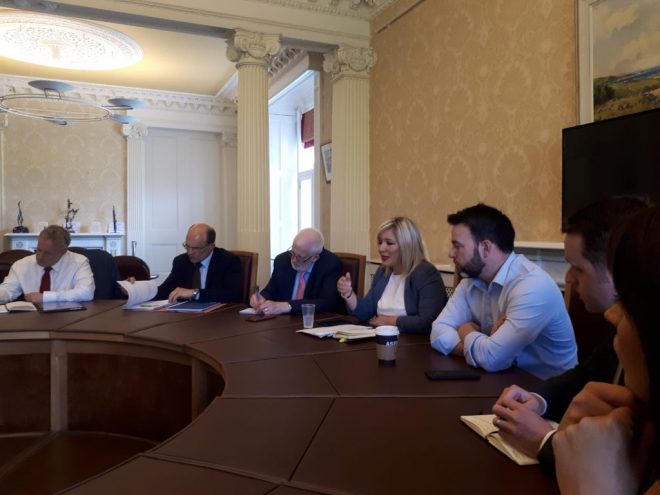 SINN Féin’S Elisha McCallion has welcomed confirmation that the decision to approve the establishment of a medical school at Magee in Derry does not require ministerial approval.

Speaking after a meeting involving leaders from the political parties at Stormont to discuss the campaign for the medical school, the Foyle MP said:

“I joined Leas Uachtaran Shinn Fein Michelle O’Neill and leaders from the other political parties at Stormont today to meet with the head of the civil service and the permanent secretary of the Department of Health to discuss the need for a graduate entry medical school in Derry.

“All party leaders were agreed on the absolute need for the medical school at Magee and for progress to be made quickly.

“At the meeting the permanent secretary of the Department of Health acknowledged the decision on the medical school does not necessarily need ministerial approval.

“It was also agreed to commit additional resources to finalise the business case for the medical school ahead of the deadline in September.

“There was also agreement to examine using the funding from the Inclusive Future Fund secures for the north west to finance the medical school.

“It is clear there is political agreement to see progress on this vital project and we agreed to meet again to take this forward to ensure the delivery of a medical school for the north west.”