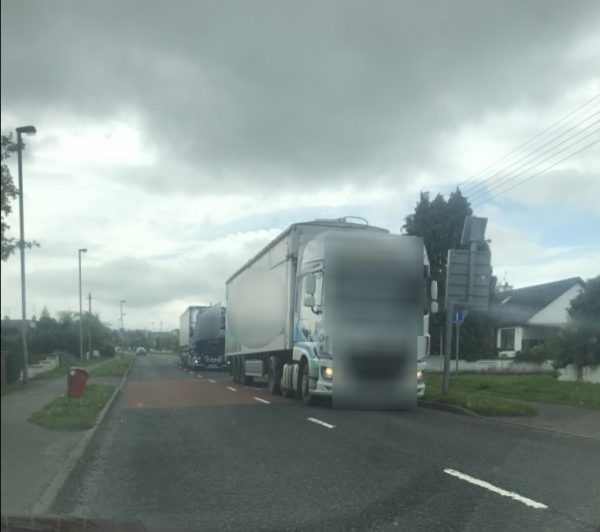 Mr Durkan had written to DfI on a number of occasions to request the restriction of HGV use in the area given the deterioration of the road network.

This was denied on the basis of HGV count findings carried out on the Woodvale Road in 2013 and 2018 respectively.

The Foyle MLA said: “I am delighted that DfI Roads have today, acknowledged the need for an updated review on the volume of HGVs travelling through Eglinton Village.

“Myself and indeed other local activists, have put pressure on the department to address the significant increase in HGVs using the Woodvale Road and the detrimental impact this is having on the surrounding area.

“Not only in regard to road safety but also the deterioration of the road itself; including a considerable rise in the number of potholes.

“I was told that on the basis of figures obtained from outdated surveys, that implementing HGV restrictions similar to those applied in Hillsborough, were unjustifiable.

“However, at the time of these surveys the problem was not as pronounced as it is now.

“Particularly over the last few months, the volume of HGVs travelling through Eglinton Village has risen dramatically- owed to the fact that drivers had taken this route as means of a diversion during roadworks on the dual carriageway; many have since continued to use this shortcut.

“I am hopeful that once this survey is carried out and current figures ascertained, that the restriction of HGV traffic in the area will then be reviewed,” added the former Stormont Minister.