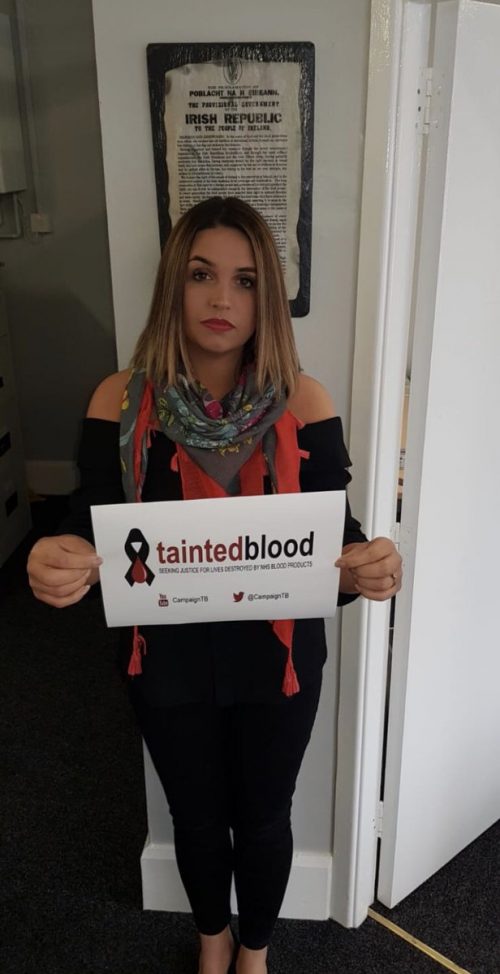 SINN Féin’s Elisha McCallion has called on the British government to compensate those impacted by the NHS contaminated blood scandal.

Speaking after meeting with local families who have been affected in Derry, the Foyle MP said:

“The contaminated blood scandal has to count alongside the worst medical injustices of all time.

“The stories of what these people went through under the care of medical professionals are harrowing.

“I welcome the Public Inquiry which is now underway and I hope it will uncover the truth of what happened during the scandal and the subsequent cover up.

“However the British government has a responsibility in the interim to ensure that those both infected and affected by the scandal receive the care and support they deserve.

“I have written to Theresa May and called on her to ensure that victims of the scandal are supported.

“Theresa May has said there will be an uplift in compensation for victims in England but Karen Bradley has said she is not able to announce the same for the North.

“Once again Karen Bradley, instead of doing right by victims, has attempted to use them as political pawns.

“This scandal was carried out under the watch of the British Government.

“They should do what is right and ensure the victims are looked after in the interim and that parity of financial support is implemented. They cannot wait until the conclusion of the inquiry.

“I will continue to work with those affected by the contaminated blood scandal to ensure they receive the truth, justice and support they deserve.”