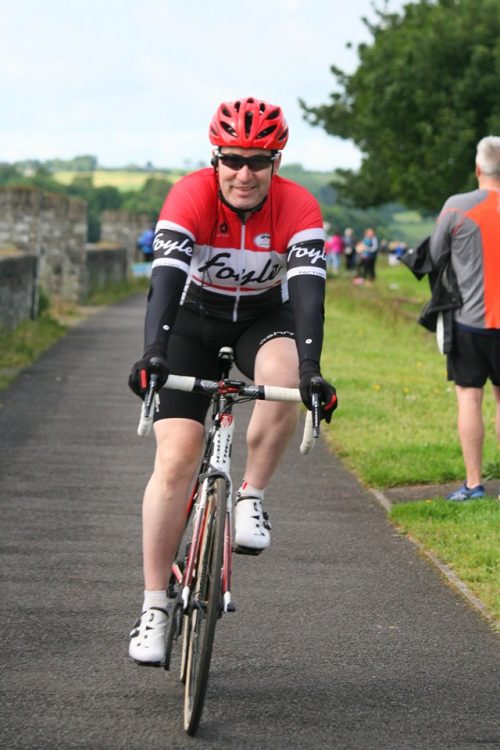 The council says Eurosport will broadcast a highlights programme of the championships as cyclists race around the city.

Foyle Cycling Club are already gearing up for the arrival of the very best cyclists in Ireland to Derry for the championships.

The three-day festival of racing draws the very best Irish racers from at home and abroad for a series of solo time trials on Thursday, June 27, followed by the road race action on Saturday and Sunday 29th and 30th.

International full time professionals will do battle with top locally-based amateurs for the title of national champion and the right to wear the coveted shamrocks on their jersey for the next 12 months.

Reigning elite road champions Eve McCrystal and Conor Dunne have signalled their intention to defend their respective road race titles in June and the promoting Foyle CC club are expecting that much of the foreign-based contingent of riders will return for the event.

The women’s and men’s elite road races will be filmed for a highlights TV programme to be broadcast in the week after the event.

Race Director Chris McElhinney of the promoting Foyle CC said: “This is a defining moment for our club and for the history of road racing in the North West.

“We are greatly honoured and everyone in the club and the wider community are committed to putting on the best possible show for the TV cameras and for all the visitors who will come to cheer on the riders.

“We are very grateful for the assistance of Derry City and Strabane District Council in helping to make this event possible and we look forward to a great festival of cycling in the region in June.”

The action gets under way on Thursday, 27th June with the time trial, a solo race against the clock.

The riders in all categories will use the 36km course laid out on a traditional ‘out and back’ format starting and finishing near Speenoge, Burt, Co Donegal.

It’s a challenging route for the riders with plenty of climbing in and out of the city in the multi-lap races.

Subject to confirmation, the women’s elite race will be four laps of circuit with the men’s field set for a five-lap race on Sunday morning.

All the road races will culminate with a final race to finish line on Shipquay street in the heart of Derry where the champions of Ireland will be crowned.

The route was designed by Foyle CC chairperson and top local-based racer Ronan McLaughlin who was keen to create a ‘classics’ course that would make the most of the local topography to provide a memorable challenge for riders.

“We wanted to bring the ‘nationals’ to the heart of Derry and we’re grateful to Derry City and Strabane District Council for their help in making this possible.

“It’s a circuit that is certainly challenging and I feel riders all over Ireland and beyond will be excited by the prospect of riding a course that is a true test of road racing ability.

“The winning riders will have earned their reward on a course that reflects the character of a true ‘classic’. There are no free medals on this course.”

“Foyle CC made a very strong submission to hold the Cycling Ireland National Road Championships for 2019 and we were delighted to award the event to one of our hardest working and most progressive clubs.

“I know the area will provide an epic backdrop to what we believe will be a worthy challenge for riders in our flagship road event and we wish competitors and organisers the very best for a successful event.”