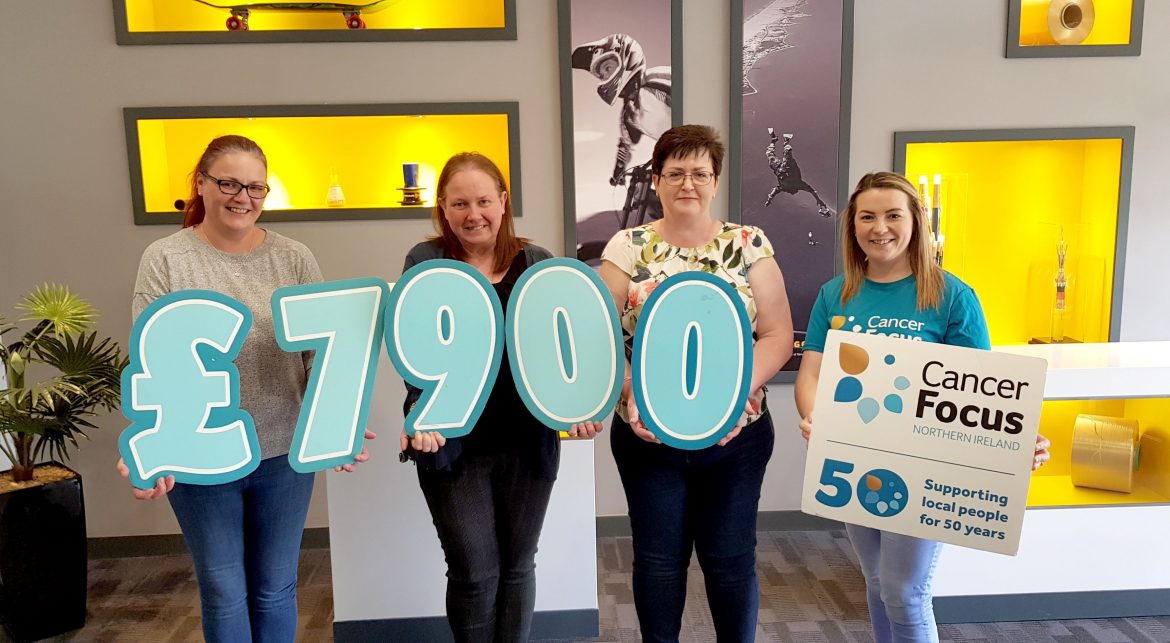 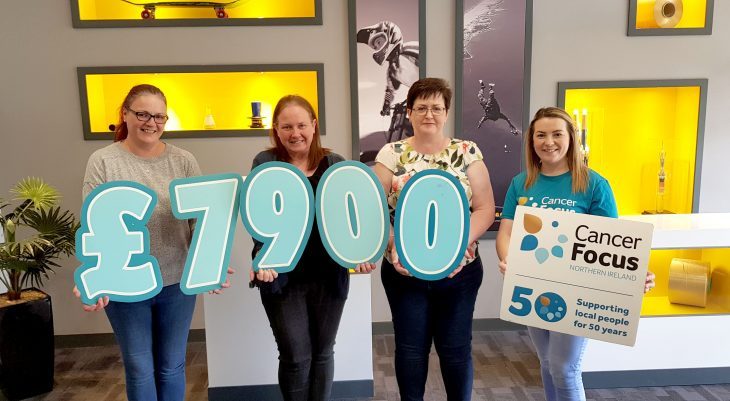 A group of DuPont team members recently swapped Maydown for Limavady, when they took over the Cancer Focus NI charity shop on Connell Street as part of Business in the Community’s ‘Big Shops’ Showdown’ fundraising initiative.

As part of the exciting Apprentice-style challenge, DuPont and nine other companies across Northern Ireland took over the running of a Cancer Focus NI shop for the day, and competed against each other to raise awareness and as much cash as possible for the charity.

DuPont organised coffee mornings, a quiz, as well as other fundraising activities at the Limavady shop to raise £7,900 in total for Cancer Focus NI during the fundraiser.

Helena McGuinness from DuPont, said: “We’re absolutely delighted to have raised so much for Cancer Focus NI, and would like to say a massive thanks to everyone who supported us during the Big Shops’ Showdown.

“We all know someone who has been affected by cancer, which is why we’re so grateful to all the staff at Maydown and the local community for getting behind us and raising money for such a worthy cause.

“Every penny raised will stay in Northern Ireland and go towards making life better for those going through the most difficult of times.”

At a celebration event to mark the fundraising initiative, it was revealed that DuPont and the other companies which took part in the 2019 Big Shops’ Showdown, raised over £65,000 for Cancer Focus NI, with DuPont coming out as winners of the Judge’s Choice category at the event.

“We are delighted that our member companies have once again supported this fun and worthy initiative. 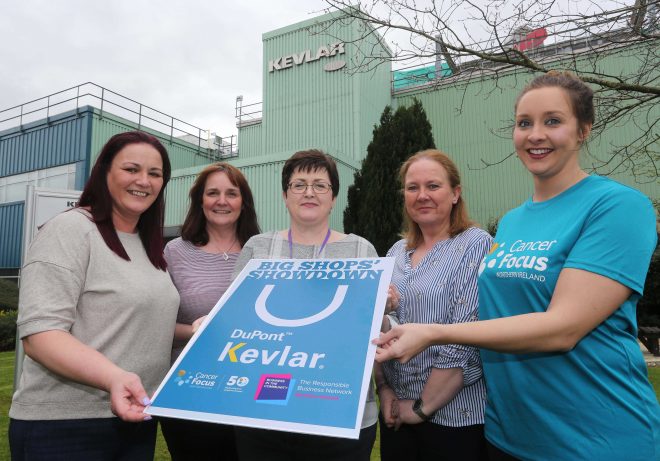 “This is the second year of our partnership with Cancer Focus to run this event, having built the challenge over the past eight years.

“The amount raised is phenomenal and particularly poignant as our organisations celebrate two big milestones – 30 years of Business in the Community and the 50th anniversary of Cancer Focus in Northern Ireland.

“In addition to the monies raised, the Big Shops’ Showdown also raises awareness of cancer, and the research that takes place right here in Northern Ireland.

“It also enables some of our key businesses to get right into the hearts of the community and allows employees to experience a different kind of working day as they get to know their colleagues as they work together for a great cause.”

Roisin Foster, Chief Executive, Cancer Focus NI, said: “Cancer Focus NI is so grateful to all the businesses that took part in the Big Shops’ Showdown.

“This amazing total will help us fund ground-breaking cancer research at Queen’s University.

“In partnership with Business in the Community, the Big Shops’ Showdown raises funds, gives us new ideas to improve our retail business, supports team building in participating businesses and has a really positive environmental impact by reusing clothes and goods that might otherwise have gone to landfill.”

All proceeds raised during the Big Shops’ Showdown will go directly to Cancer Focus NI, who has been caring for and supporting cancer patients and their families for the last 50 years.

The charity also funds pioneering cancer research at Queen’s University Belfast, advocates for better health policies, and works in the community to help people lower their risk of cancer.

Anyone who has any concerns or has been affected by cancer can call the Cancer Focus NI free information and advice NurseLine on 0800 783 3339 and speak to a specialist cancer nurse.