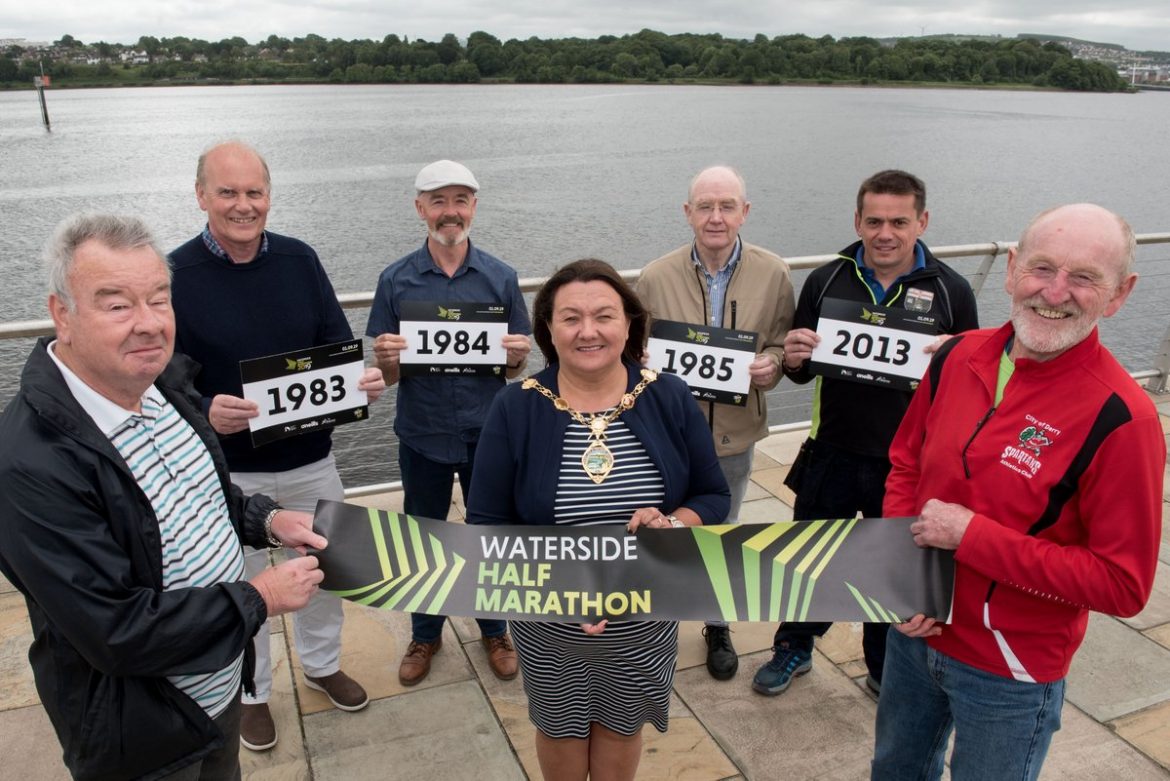 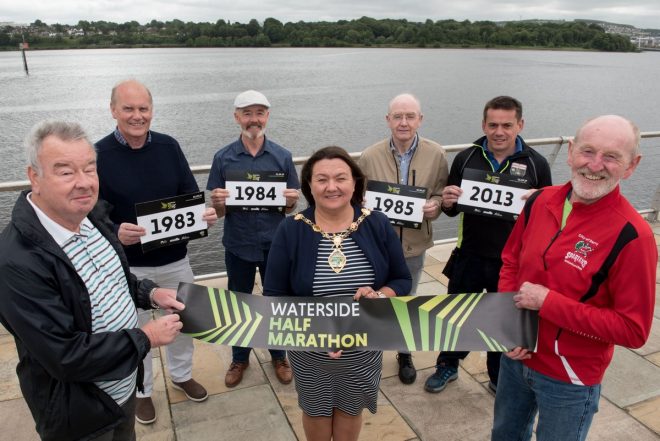 MAYOR of Derry City and Strabane District Council, Councillor Michaela Boyle, has officially launched registrations for the 38th Waterside Half Marathon along with the only four home male winners of the event.

One of the most popular and longest running Athletic events in Ireland with all levels of runner, the scenic course will again have the added prestige of being the Athletics NI / Ulster Half Marathon Championships after successfully hosting them last year.

“The Waterside Half Marathon has a reputation all over Ireland as one of the best organised and efficiently managed races and that is why people turn out in their thousands each year to take part,” she said.

“We have experienced a running boom in our City and District in recent years with more and more people enjoying the physical and mental health benefits of getting outside and exercising and I am delighted we can offer an event of this stature for local runners to prepare for.

“Whether you are an experienced athlete aiming for a new personal best or a novice hoping to complete your first half marathon, the WHM caters for all levels so I would encourage people to register now to secure their starting spot on September 1st.”

The Waterside Half Marathon begins at the parade ground at Ebrington Square with 2,300 runners expected to take to the starting line.

The scenic route takes in both sides of the River Foyle, passing many of the city’s historic landmarks including its famous walls and the Guildhall.

“We are delighted that this year’s Waterside Half Marathon will again have the added prestige of hosting the Athletics NI /Ulster Half Marathon 2018 Championships.

“We are looking forward to welcoming some of the cream of Northern Irish athletics to the city on September 1stwho will join what we expect to be another record entry for the event.

“Participation is a key element of the event and we welcome all levels of runner, particularly those who may be doing a Half Marathon for the first time, there is also a three team relay option for those not ready to tackle the full distance.”

Every runner who completes the Waterside Half Marathon will receive a medal, t shirt and goody bag.

Registration for the Waterside Half Marathon is open now at www.derrystrabane.com/whm and further information is available by e mailing halfmarathon@derrystrabane.com or calling 028 71 253 253.